RCR Wireless NewsIntelligence on all things wireless.
YOU ARE AT:CarriersAT&T joins T-Mobile and Sprint with video optimization platform 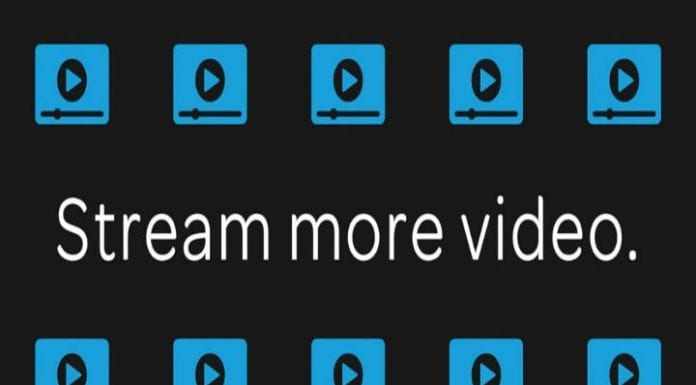 AT&T Mobility is following smaller rivals T-Mobile US and Sprint in offering a video optimization plan for customers, which is set to launch early next year.

AT&T said the service, dubbed Stream Saver, will be offered for free to “customers on our most popular plans with data” including its prepaid GoPhone service. The carrier claims the platform will dial-back video quality of most high-definition content to standard-definition quality, or about 480p.

The description seems to indicate the service will be automatically enabled on accounts, with customers having the ability to disable the quality limitation.

“You control Stream Saver and can turn it off or back on for any qualified line at any time at myAT&T or Premier for business customers,” the carrier noted. “There is no charge to disable or enable Stream Saver.”

In addition to saving data for consumers, the platform looks set to allow AT&T Mobility to save on valuable spectrum resources. The carrier has repeatedly cited the explosive growth of data traffic moving across its mobile network, with video singled out as a significant driver of that increase.

During this year’s AT&T Developer Summit & Hackathon, Tom Keathley, SVP for wireless network architecture and design for AT&T Technology and Operations, noted video generated between 40% and 50% of data traffic on the carrier’s mobile network and more than 50% of traffic on its wired network. Those numbers are only expected to increase, with Keathley citing the often-cited Cisco Systems’ forecast of video traffic set to generate 70% of mobile data traffic by 2018.

In looking to tackle the video bear, Keathley named a number of options, including the limiting of video stream quality to match a device screen’s capabilities. Keathley said that option would see video streaming quality limited to 480p resolution for smartphones, which he noted most consumers would be hard pressed to distinguish from higher resolutions.

Another option outlined by Keathley was video pacing, which instead of attempting to download a video clip in its entirety as fast as possible, keeps the downloaded material just ahead of what is being watched so as to not waste network resources should the viewer decide to ditch the action before the video ends.

Keathley also touched on the LTE Broadcast standard, noting AT&T has been experimenting with the technology and it’s indeed showing promise. LTE Broadcast uses multicast streaming technology to deliver video content from a single site to multiple users covered by that site instead of the current unicast technology where each user on a single site receives their own dedicated stream.

One of the disadvantages to multicast systems is they require a dedicated chunk of spectrum, which if a site is only supporting a single user results in spectrum being wasted. However, Keathley noted multicast technology like LTE Broadcast would be a good solution for larger events where most consumers being served by a single site are more likely to be watching the same video stream.

The Stream Saver platform in operation appears similar to T-Mobile US’ Binge On and Sprint’s video optimization services, though with the caveat those two services when enabled do not cut into a customer’s data allotment. Of course, both T-Mobile US and Sprint are also aggressively pushing “unlimited” data buckets that for an extra monthly fee include the ability to stream unlimited HD video content.

T-Mobile US’ Binge On service, which launched last year, initially drew net neutrality concerns and a letter from the Federal Communications Commission. The carrier looked to skirt those concerns by allowing customers to control the video optimization service.

Keathley earlier this year said AT&T did not internally transcode or transrate video content, but that the carrier has been looking at the possibility. He noted a “competitor” had indeed been the first to implement such a program, but cited the controversy the move has generated.

“We will watch how that plays out and follow a course of action,” Keathley said.

AT&T earlier this year took a step towards streamlining its video delivery pricing, moving to zero-rate streaming video content from its DirecTV and U-verse video platforms for its wireless customers. The move was part of an update to the DirecTV application that includes a new “data free TV” option allowing for the viewing of video content with it not counting against an AT&T Mobility data package.