RCR Wireless NewsIntelligence on all things wireless.
YOU ARE AT:CarriersT-Mobile network moves now a marketing and branding challenge 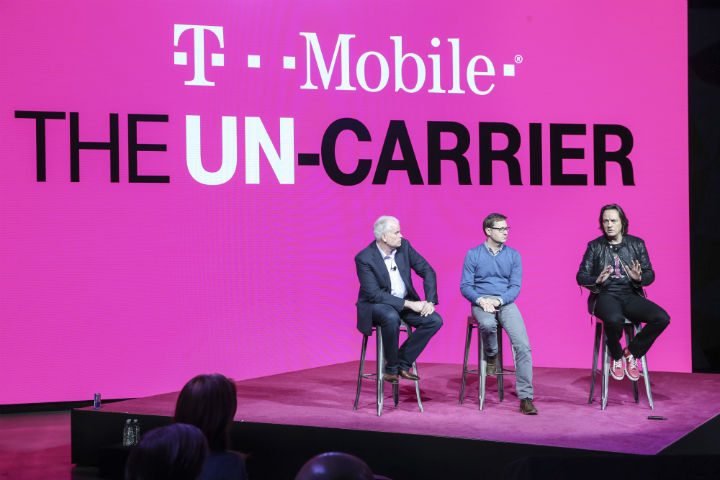 ORLANDO, Florida – T-Mobile US results over the past couple of years has shown the carrier’s “Un-carrier” message is being well received by the market, with T-Mobile US accounting for virtually all carrier growth in the financially lucrative postpaid smartphone market. However, with that growth comes increased concerns over the carrier’s network to handle the increased traffic demands.

Speaking at this week’s Oracle Industry Connect event in Orlando, Florida, T-Mobile US COO Mike Sievert said the carrier was confident in its network position and that any perceived network inferiority compared with larger rivals was more of a marketing and branding challenge. Sievert explained that when the carrier launched its Simple Choice plans back in 2013, which disconnected customers from service contracts, T-Mobile US did not have any commercial LTE towers. The carrier today claims its LTE network covers 308 million potential customers.

“We have basically leveled the playing field,” Sievert said in an interview with Rajeev Chand, managing director and head of research at Rutberg & Co. “There are still some rural areas we are working on … but we added 1 million square miles of coverage last year. … The challenge now is to tell people about this.”

Sievert did acknowledge the carrier may still be a year or two behind its larger rivals in terms of network depth, but that the carrier has positioned the U.S. with at three players with “substantial” networks. Sievert noted the fourth – Sprint – was still in a build out phase, adding the carrier did have a deep spectrum portfolio in which it could bolster its network. Much of Sprint’s spectrum depth came from its acquisition of Sievert’s former employer Clearwire.

Sievert also tied a question from Chand regarding the sustainability of T-Mobile US’ business model to the carrier’s ability to reinvest its financial strength back into its network. Sievert said critics initially said the carrier would only do well in the prepaid segment, but now that it’s “kicking ass” in the postpaid segment, “naysayers keeping changing their stories” and are now questioning how T-Mobile US can transfer that to cash flow.

“We are rapidly growing the financials on growing revenues and a growing customer base,” Sievert said.

T-Mobile US has also been able to save on network capacity through its controversial Binge On video platform, which the carrier recently said had surpassed 60 video content provider partners. Sievert noted the carrier witnessed a 10% to 12% saving in network resources with the launch of the streaming video platform due to its reformatting of content to 480p resolution. The platform has also helped the carrier retain customers, take customers from rivals and grow average revenue per user as customers must take one of T-Mobile US’ deeper data buckets in order to receive the zero-rated cellular video streaming.

Sievert also downplayed competitive concerns, noting if anything competition is what drives consumers and enterprises to reassess their telecom needs, which is a place T-Mobile US feels it can use to gain customers from rivals.

In terms of recent rival moves, Sievert did have some praise for AT&T’s launching of “unlimited” cellular data tied to customers also signing up for its DirecTV package, noting the strong initial uptake of the service showed robust pent-up demand for unlimited data. AT&T recently said it had attracted 2 million customers to the unlimited data promotion, though most of the initial growth was from its own customer base.

However, Sievert was less complimentary to Sprint’s 50% price cut promotion, which also had a strong initial impact in the market, but has since died down.

Chand also questioned Sievert on continuing rumors of a possible T-Mobile US sale, to which Sievert responded that while T-Mobile US was always open to financial opportunities beneficial to shareholders, the carrier’s current financial position made any such decision one more of choice than necessity.

“Now it’s a choice for us as opposed to three years ago,” Sievert said.