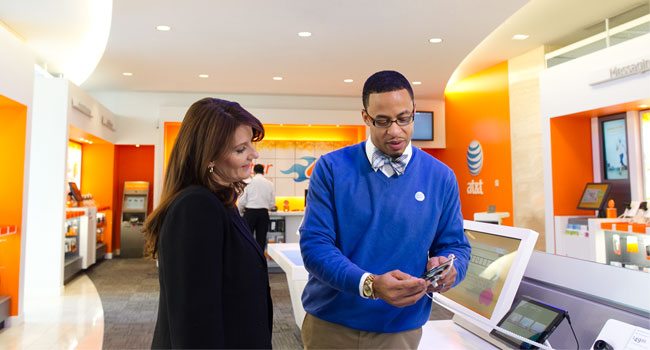 Speaking at this week’s Deutsche Bank Media, Internet and Telecom Conference, AT&T CFO John Stephens said 500,000 customers signed up for the unlimited data offer in the first two weeks after it launched Jan. 12, and has since tagged on another 1.5 million customers. Stephens did note most of the initial uptake was from customers already signed up for AT&T Mobility cellular service or either its DirecTV or U-verse video service, but that the carrier is now seeing net customer additions for those products.

“I will tell you we are adding wireless customers through the process and we are adding video customers in both areas from the package, but we haven’t given the detailed breakout,” Stephens said.

The unlimited data offer is tied to customers also signing up for one of AT&T’s video services. The data plan is priced at $100 per month for the first line of service, second and third lines of service can be added for $40 per month and a fourth line is free. The pricing is on top of a DirecTV or U-verse subscription, which Stephens said typically pushes a customers overall monthly bill to $300 or $400, with the added bonus of lower churn.

“These are really great customers and we believe this will not only improves their quality of service, but also reduce churn and improve overall stickiness of our products,” Stephens explained.

AT&T completed its $48.5 billion acquisition of DirecTV last July, and immediately went about throwing incentives at customers and potential customers.

The carrier more recently launched a mobile platform for its DirecTV offering as part of a move to expand its competitiveness against over-the-top rivals. DirecTV Mobile is said to offer a “mobile-first” user experience for accessing “premium video and made-for-digital content directly on a smartphone, regardless of the wireless provider.” Details were sparse, but AT&T did note customers will be required to sign-up for the service and download an application to their mobile device.

AT&T’s move also positions the carrier to potentially counter mobile video services from rivals. Verizon Wireless last year launched its Go90 video service, which offers mobile subscribers access to select live and on-demand video. Initial uptake of the Go90 service remains in flux, with various claims of robust or disappointing adoption by consumers, though Verizon has said building momentum for the service is a multi-year effort.

Speaking at the same investor conference this week, Verizon Communications CFO Fran Shammo said the carrier will refrain from jumping back into the unlimited cellular data game despite recent moves from rivals.

“I have been pretty public saying unlimited model does not work in an LTE environment,” Shammo said when questioned on the topic. “Look, this industry has always been competition comes in and out with promos. “That is just the nature of what we deal with on a quarterly-to-quarterly basis. A lot of the things that are out in the marketplace today are promos. These are not permanent pricing type things so you have to be careful how much you react to different competitor promotions and of course we run our own promotions. So the promotional activity will always be there and I don’t think it is more intense than it was, it is not like we are seeing what happened a couple of years ago where the entire industry was reset in pricing. I don’t see that. I just see this as business promotional activity to try to gain ground to get some maybe incremental net adds here and there.”

Instead, Shammo said Verizon Wireless will remain stable in terms of pricing moves as it looks to stabilize revenues.

“But I think for Verizon what we have done is we will do our promos, but we are steady as she goes and we are not going to respond to everything in the marketplace if we don’t think that we need to respond to,” Shammo said. “It is going to be a very logical approach because look, at the end of the day I need to grow top line and I need to grow profitability and I need to generate cash. And some of these promos you see out there they may generate growth, but they are certainly not generating cash. So they are short term and so we will ride that out.”