RCR Wireless NewsIntelligence on all things wireless.
YOU ARE AT:Network Function Virtualization (NFV)Huawei partners with Red Hat on NFV integration of LTE technology 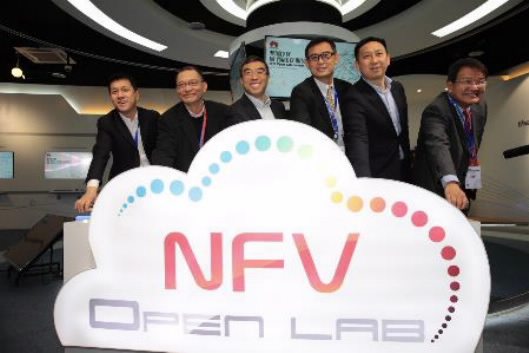 The companies said the initial NFV “agile integration” work included LTE network tests in “heavy-traffic scenarios,” using the NFV/SDN Open Labs in Xi’an, China. The lab, which opened earlier this year, is one of nine certified by the Open Platform for NFV standards organization.

Huawei said it has conducted preverification testing for 13 carriers and has started working with an additional 14 partners. When initially established, China Mobile and Deutsche Telekom joined Huawei at the Open Labs’ opening.

A recent report from ACG Research cited significant operating expense savings tied to the use of NFV and SDN.

“A major advantage of SDN/NFV is in its opex, which gives the operators the ability to rapidly provision new services,” explained Robert Haim, principal analyst at ACG Research. “Service rollout is reduced by an order of magnitude of months to days. Moreover, with fast service rollout, a new service can be tested with a limited set of customers first, and then upon favorable feedback it can be introduced to the entire target market. This can save a lot of headache (and money) later if the service turns out to be not as well received as it was expected.”

Haim added that on the capital expense side, savings will be muted as most hardware already installed into networks are likely to stay operational for years to come, most often past the date they are fully depreciated.

“Therefore, while migration to function virtualization is moving forward, operators will face a period of a ‘double opex’ cost factor,” Haim said. “This is not lost on anyone, and it can become a factor in delaying the decision to virtualization.”

A recent report from IHS predicted the migration to NFV “won’t happen any time soon,” citing “the bulk of LTE networks are brand-new and, therefore, mobile operators are not ready to undertake migration that soon.”

The firm did predict that the global market for NFV hardware, software and services is set to surge from $2.3 billion this year to $11.6 billion in 2019, but claimed service providers are still “early” in their transformation toward virtualized network platforms, which it said is a 10- to 15-year process.