RCR Wireless NewsIntelligence on all things wireless.
YOU ARE AT:CarriersVerizon Wireless rolls out VoLTE service ahead of iPhone 6 launch 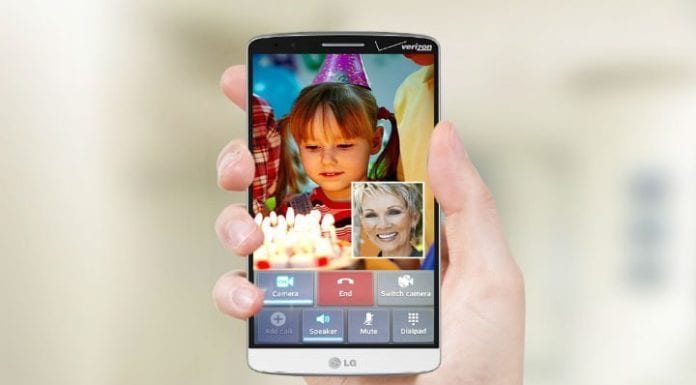 Verizon Wireless rolls out VoLTE service ahead of iPhone 6 launch

Verizon Wireless has slowly begun to roll out voice over LTE services, announcing this week its Advanced Calling 1.0 offering. The service comes just days ahead of the launch of Apple’s iPhone 6 and 6 Plus devices, both of which are the first from the device maker to support VoLTE services.

The service is currently limited to Samsung’s Galaxy S5 and LG’s G2 device, though it’s expected to also be baked into the latest iPhone models. Customers on both ends of a conversation must have a compatible device to tap into either an HD Voice call or video calling session.

Verizon Wireless notes that pricing for the voice calling service will be included in a customer’s current voice calling package on a per-minute basis. For video calling, customers will be dinged for both voice calling minutes as well as a data session, though the carrier did note that a video call will automatically hand off to a known Wi-Fi access point, thus saving on cellular data charges. Verizon Wireless said that a one-minute video call will use between six and eight megabytes of data. Customers on prepaid plans are not currently able to tap into the platform.

While the service is available across the carrier’s LTE network, Verizon Wireless’ legacy CDMA network still has a slight coverage advantage, thus the VoLTE enhancements are not available everywhere just yet. That difference will also mean that customers on a VoLTE call could have that call dropped if they move outside of LTE coverage as the technology does not currently support LTE-to-CDMA handoff. Customers can turn off the VoLTE service to ensure that their calls remain on a CDMA connection. However, the service does allow for video call handoffs between the carrier’s LTE network and a Wi-Fi connection.

The move to VoLTE is expected to allow wireless carriers to transmit voice traffic more efficiently and eventually shutter legacy 2G and 3G networks that are currently burdened with carrying all voice traffic and a good portion of data traffic. Analysts noted in an RCR Wireless News report last year that carriers could achieve up to 40% more spectral efficiency running voice traffic over their LTE networks compared with legacy systems.

Verizon Wireless was one of the first domestic carriers to throw its support behind VoLTE, becoming a founding member in early 2010 of GSMA’s attempt to set a standard for the technology. The carrier quickly followed that move up with claims of a successful VoLTE test call in early 2011. However, further testing appeared to be rife with challenges as the carrier was forced to push back original 2013 deployment plans. Those challenges seem to have been, or at least nearly, tackled as Verizon Communications CEO Lowell McAdam earlier this year told attendees at an investor conference that he had been carrying around a VoLTE-enabled handset to help with testing.

Rivals AT&T Mobility and T-Mobile US have already launched limited VoLTE services, though currently the offerings are not compatible across carriers. Sprint at this point is sitting out the VoLTE push, focusing instead on CDMA2000 1x-Advanced, HD Voice and voice-over-Wi-Fi technologies.