RCR Wireless NewsIntelligence on all things wireless.
YOU ARE AT:5GEXFO CEO: Carriers are gearing up for 5G SA deployment 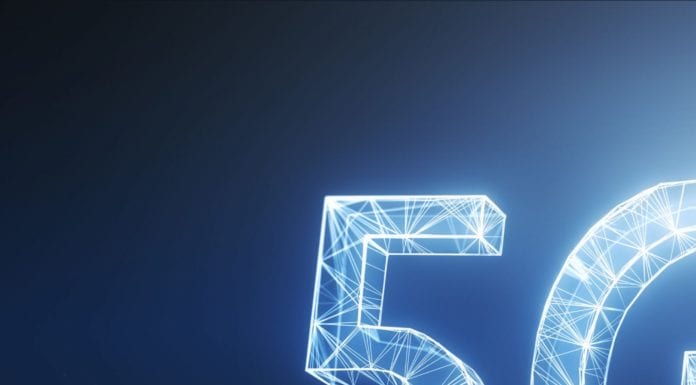 A recently released joint survey by test company EXFO and Heavy Reading show that the majority of North American and European mobile network operators—88%—plan to move to 5G Standalone networks within the next two years. EXFO CEO Philippe Morin told RCR Wireless News that the results of the survey are in line with what EXFO has been hearing from its customers: A “strong need or appetite” to move to 5G Standalone starting next year and the year after.

The joint survey focused on North American and European operators’ plans for 5G SA and related revenue opportunities. Nearly half of those operators plan to deploy 5G SA next year, and another 39% plan to deploy it within one to two years, the research found.

“When you look at the number of RFPs that are out there and the dialog we’re having, I think we’re now starting to see the need [to move] from what I would call studying or doing assessment, to potentially now looking at deploying [5G SA],” Morin said. He pointed out that there have been numerous announcements by carriers around 5G private networks and enterprise-based services, which he says are the initial drivers for 5G SA deployment — and are also driving the need for enhanced service assurance capabilities.

“When you’re talking about more business-focused use cases, service-level agreements become even more important and that’s why [there is a] need for service assurance,” Morin said. In contrast to previous network generations, where service assurance was often considered only after a variety of other decisions were made, the expectations of serving enterprise use cases are making service assurance a higher priority, he adds. “It’s pretty clear, as you deploy 5G SA, especially in the context of … [having] machines connected to this, IoT devices and so on, and more of an enterprise focus, that service assurance requirements are much more front and center than what we’ve seen in the previous protocols.”

He sees two key 5G SA capabilities that offer value: The ability to support billions of connections, and network slicing to enable differentiated services at scale. With those opportunities, however, comes the need for operators to make sure that they can provide the levels of service and scalability that slicing and massive IoT demand — and that’s where operators will need better monitoring tools, visibility and insights, Morin says, and their acknowledgement of that need is reflected in the survey. EXFO’s joint survey found that 76% of the surveyed MNOs believe that service assurance will be necessary for deploying 5G SA. “I’m pretty sure we would not have the same stats, if you would’ve asked the same questions around 3G and 4G,” Morin added.

Human users may not complain if a video or call isn’t transmitting well. They might try again, or give a video additional time to load. Machines may not be as flexible.

“If you’re going to have business use cases that machines are going to be relying on to be able to execute that application, machines won’t be as tolerant as humans, because the service won’t be able to operate,” Morin said. “So what this means is that the network operators need a better view of insights on the network performance, that in the past, because it was for humans, maybe was not as required. But clearly, now, for 5G SA and 5G revenues that are going to be driven out of this, getting better visibility on what is happening that is down to the device level– not just the customer; the device, the service and the network — and end-to-end visibility will be really, really critical.”

He also called out the changing nature of service assurance and visibility strategy and tools. As companies moved into making use of big data, their strategies and architectures often involved pouring network data into a massive data lake and then retrieving information from there as needed.

“With 5G, and 5G Standalone in particular, we absolutely believe that’s not going to be the architecture of choice. … You cannot wait for the issue to come up, and go into a data lake to try to figure out what happened in the last 15 minutes,” Morin said. “We believe that it’s got to be real-time, it’s got to be adaptive — because you can’t start getting information from all the devices and all the IoT. This would have a big impact on your overall cost structure.” 5G SA’s cloud-based, orchestrated and automated nature enables EXFO to bring machine-learning to bear and trigger the generation of insights only once a anomaly or issue is detected, he explains, and then automatically figure out whether data is needed from the device, service or network layer in order to resolve issues.

“If you’re going to really make 5G SA a success, it will require a higher level of automation, and I do believe that service assurance will be what I would call an automation enabler,” Morin says. “If you don’t have that capability to monitor and in an automated way, provide actionable insights to [a specifics] use case and to [a specific] SLA, I think it will be very difficult to go into a high-volume deployment with 5G SA.”