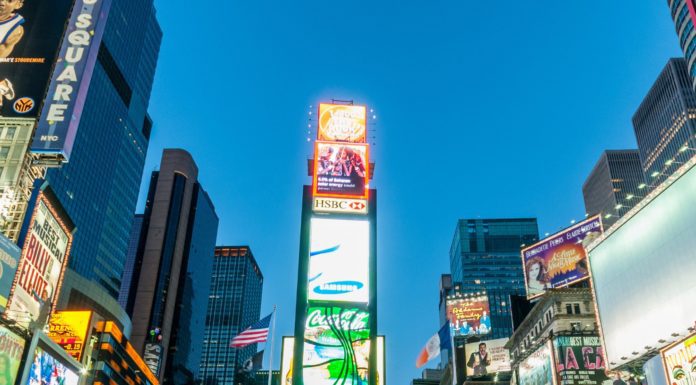 Intel exec: The 5G, edge demo ‘showcases that the possibilities for creative offerings are limitless’

“Interactivity is dominating virtually every kind of media, and this experiment proves that even the most modern digital billboards can be reimagined,” said Jacob Navok, co-founder and CEO at Genvid Technologies. “With our interactive livestream technology and Intel’s advanced 5G network platforms, advertisers and brand sponsors can easily and dynamically provide more engaging, entertaining content that consumers not only remember but even enjoy directly.”

Those visiting Times Square during the test were able to join as an interactive spectator using their own phone by scanning a QR code displayed on the Mega Screen to access the interactive stream via a nearby 5G-connected hotspot, which was provided by private network provider Sky Packets.

When deployed on a larger scale, as many as 750,000 users could simultaneously participate in the same experience.

“This collaboration with Genvid at Times Square demonstrates a unique, exciting and interactive billboard experience that highlights a new service that can be tailored for consumers in the retail and gaming markets, and further showcases that the possibilities for creative offerings are limitless,” said Caroline Chan, Intel VP and GM of its Network Business Incubator Division.

In fact, many consumer use cases for 5G and edge being pushed by the industry fall under the entertainment or creative category. In May, for example, Verizon hosted music artist The Hxliday at its 5G lab in Los Angeles, where he performed his new EP “The Most Beautiful Disaster” during an immersive virtual reality (VR) concert experience supported by 5G mmWave and multi-access edge computing (MEC).

Similarly, AT&T and Ericsson created and delivered a live, three-dimensional augmented reality music performance that selected fans could view and interact with on their smartphones using 5G, machine learning and edge computing.