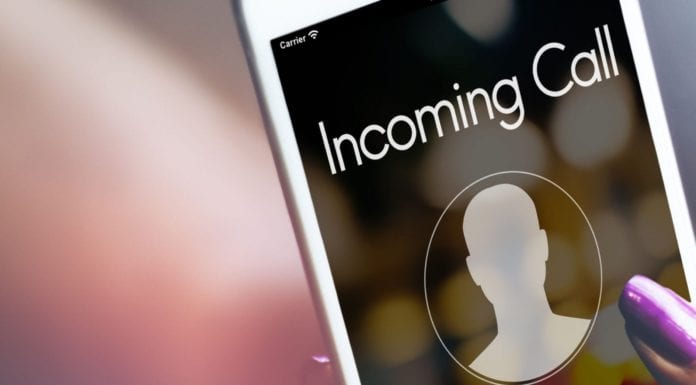 A study by analyst firm Mind Commerce found that services offered by wireless network operators are “generally effective” at identifying and blocking unwanted robocalls, with Verizon’s service ranked as the best.
“While there is much work to be done in terms of combatting the robocall challenge, our study has found that leading carriers are generally effective in terms of identifying robocalls and presenting their customers with options for dealing with the challenge of unwanted calls,” said Gerry Christensen, founder and CEO of Mind Commerce, in a statement.
Mind Commerce’s study focused on how accurately carrier solutions were at identifying “problem phone numbers” that were likely to be spam or fraud-related. Those unwanted calls increasingly rely on spoofing local area codes and exchanges in order to entice consumers to answer the call. Mind Commerce conducted its testing by making spoofed calls “from invalid or unallocated numbers to test phones using generally available call spoofing systems.” The firm, which has expanded its coverage on issues related to robocalls, will release its first robocall research report next month.
Verizon’s Enhanced Caller Name ID service was ranked as the most effective, accurately identifying problem numbers that were likely to be spam or fraud calls 93.6% of the time. T-Mobile US’ Scam ID service’s accuracy was 90.1% and AT&T’s Call Protect service came in at 86.9% accuracy, according to Mind Commerce. Verizon had significantly better performance than the other two carriers in identifying spoofed numbers, correctly identifying spoofed numbers 98% of the time during testing, while T-Mobile US identified spoofed numbers correctly 64% of the tie and AT&T identified them correctly 60% of the time.
Mind Commerce noted that Sprint and U.S. Cellular also have call-blocking services, but those were not included in the study because “they use the same or similar systems as the one deployed by Verizon.”
The robocall-blocking services generally cost a few dollars per month per line, although each carrier is different in how they handle the details of identification vs. actual blocking — some features are included in postpaid plans and others cost extra.
Robocalls — and complaints to federal agencies about them — are on the rise. YouMail, which tracks robocall data and offers a free application to block them, said that in June, 4.1 billion robocalls were placed nationwide, amounting to nearly 13 calls per person affected. The Federal Communications Commission has made combatting robocalls a focus, with new rules issued late last year that made it easier for carriers to proactively block spam calls through services such as the ones Mind Commerce tested. The FCC also had attempted in 2015 to rein in robocalls by issuing clarifications about its interpretation of the 1991 Telephone Consumer Protection Act, but a D.C. circuit court ruling in March on that action meant that the agency has had to go back to the drawing board and take comment on the basics of what constitutes auto-dialer equipment.
Mind Commerce found that while carrier solutions generally work well, customers often don’t know they’re available.

“Surprisingly, informal sampling of carrier customers by Mind Commerce indicates a relatively high number of users are unaware of the solutions at their disposal to combat unwanted calls. Mind Commerce is considering more formal polling to identify the magnitude of this issue,” the company said.

There are also over-the-top apps available such as YouMail’s and others: Truecaller, Hiya, Should I Answer, and more, in addition to the carrier-based offerings.

Mind Commerce found that more research could be done to “identify optimal messaging to alert callers in terms of problematic situations,” because the tested solutions had significant variation in how they labeled and presented spam call information to users.

“One of the potential areas for concern identified in this study is that the solutions tested varied considerably in terms of nomenclature and graphics used to display problematic call alerts to end-users,” said Christensen.