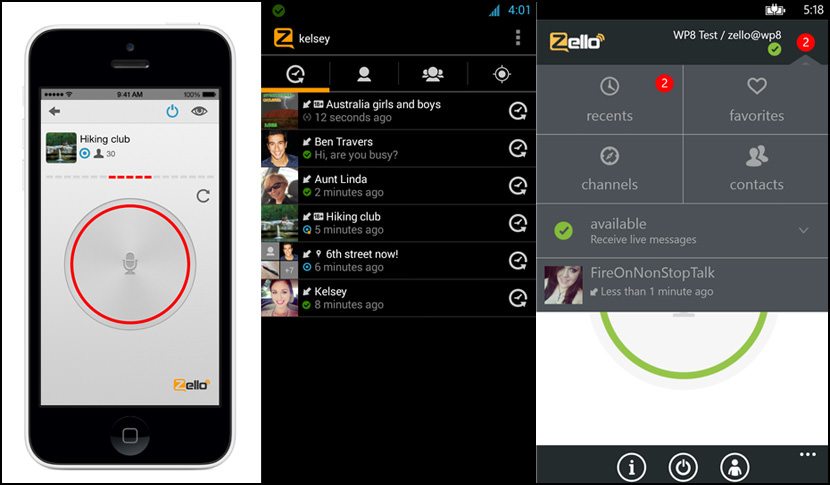 For the civilian volunteers who braved the flood waters of Hurricane Harvey, the walkie-talkie application Zello provided a lifeline and a means to organize their impromptu efforts.

Zello — the name of both the app and the Austin, Tex.-based company which created it — is often used in developing countries with little emergency communications infrastructure, or by some businesses such as hotels and retail locations seeking to replace expensive two-way radios, according to company CEO Bill Moore. He said that new users in the area were up 20-fold and total usage was up by two to three times above normal. Usage of the app was boosted by loose organizations such as Louisiana’s “Cajun Navy,” which urged people in need of rescue — or family members out of the area who were trying to facilitate rescues — to download the app and provide information so that rescue teams in boats could follow up.

The app is a lightweight download at just over 10 MB and opens up a wide range of public or private channels to users, and it works whether the network connection is Wi-Fi, 2G, 3G, or LTE cellular. Users can also select public channels to listen to or set up a private channel, and can use the app to send images as well as use the PTT capability. Zello has more than 50 million downloads through the Google Play store and nearly 700,000 reviews with a cumulative rating of 4.4 out of five stars; Moore said that the app has more than 100 million registered users, most of whom are outside the U.S. The Cajun Navy, he said, has made use of the app for coordination during significant coastal flooding before Harvey.

“Everything is centered on live voice communications,” Moore said. “It’s how we most naturally communicate.”

Last Wednesday night, when some rescues were still in progress in Houston, teams in boats and impromptu dispatchers attempted to organize the flow of information, which could be chaotic — there were at least half a dozen channels related to Hurricane Harvey, devoted to everything from active requests to boat teams, to mapping routes for people seeking to get around the flooded city, to pet rescues. Rescue requests were given ticket numbers, and out-of-state volunteers often attempted to help by making phone contact to relay information via Zello. Although phone numbers were often given over the channel so that people in need of rescue could be contacted directly, the Zello app provided a direct means for civilian volunteers to communicate among themselves and with people in need of help, without knowing each others’ phone numbers or having to spend time dialing.

“Is it possible to drive from Houston to Port Author?” one man wanted to know, and was told that the primary route was closed but that a roundabout drive to the area was possible.

“No answer, no voice mail set up for female, 77, on second floor with cardiac issues. I will continue to try calling,” a woman said, adding later that she tried five times in a row for that particular ticket number, worried that the recipient might not answer a call from the Zello contact’s Massachusetts area code.

Luckily, the cellular networks and some Wi-Fi availability made the Zello connection possible. In general, networks appear to have fared much better — at least in the Houston area itself — than during Hurricane Katrina, with carriers reporting that 95% or more of their sites stayed up and working. Outlying areas were more severely impacted in terms of their wireless networks and in the overall damage from the storm itself.

Listen to how people used Zello during the Hurricane Harvey below:

The new device experience: How mobile carriers successfully ‘get in’ on the app economy (Reader Forum)