RCR Wireless NewsIntelligence on all things wireless.
YOU ARE AT:5GShaw rebrands Canadian wireless from Wind to Freedom, launches LTE-A 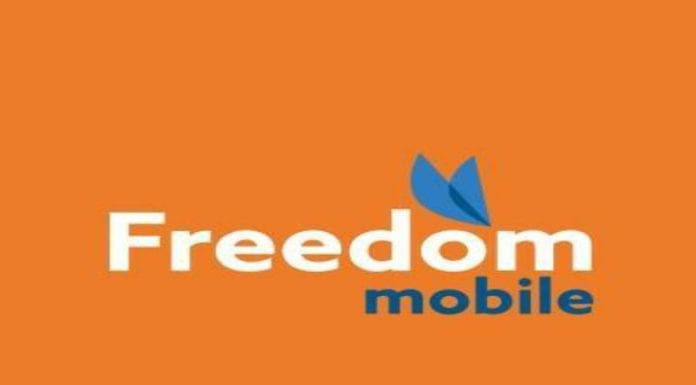 Canada’s mobile telecom market is set to gain a new LTE network option backed by the rebranding efforts of the country’s No. 4 carrier.

Wind Mobile, which was acquired earlier this year by Shaw Communications, has rebranded as Freedom Mobile, and said it was set to launch LTE-Advanced services across parts of its coverage area beginning next week. Initial LTE markets are set to include Toronto and Vancouver, with expansion into Ottawa, Calgary and Edmonton by next summer.

The carrier said the branding change will be “seamless” for its more than 1 million customers, including the continuation of current rate plans. Current HSPA-based services are set to continue to be supported.

In attempting to counter the larger scale of nationwide rivals Rogers Wireless, Telus Mobility and Bell Canada, Freedom is touting its “traffic-free LTE network” supporting speeds up to 180 megabits per second. The network is using a combination of advanced wireless services spectrum in the 1.7/2.1 GHz bands, with parent company Shaw having previously claimed the carrier has access to 50 megahertz of spectrum across Ontario, British Columbia and Alberta.

The LTE-A aspect of the network includes the use of 64 quadrature amplitude modulation multiple-input/multiple-output antenna technology, which allows for the transmission of more bits of data per radio wave. Freedom indicates it’s also working on rolling out voice-over-LTE capabilities, with voice traffic currently carried on its 3G network.

Shaw acquired Wind for $1.1 billion ($1.6 billion Canadian dollars) in a move to aggressively push into the country’s mobile telecom space. Wind at the time was the country’s largest “non-incumbent” wireless provider.

Citing competitive concerns, Shaw in 2011 ditched its cellular efforts all together in favor of plans to roll out wireless data services using Wi-Fi technology running across unlicensed spectrum.

“We believe that a more prudent approach for us is to provide a managed Wi-Fi network that will allow our customers to extend their Shaw services beyond the home,” the company noted at the time. “This will achieve our objectives without risking well over $1 billion in capital expenditures on a traditional wireless network build.”

The company in 2013 announced a deal to sell its licensed spectrum holdings and other assets to Rogers Communications for approximately CA$700 million. Shaw had originally picked up 18 wireless spectrum licenses covering parts of western Canada and Ontario during Canada’s 1.7/2.1 GHz spectrum auction in 2008 for $190 million. Those licenses included 20 megahertz of spectrum per license. Shaw had initially said it planned to launch a HSPA+ network in early 2011, before pushing back those efforts until 2012 with the idea of using LTE technology.

Wind Mobile in 2013 was at the center of Verizon Communications’ rumored entry plans into the Canadian mobile telecom space. Reports had suggested Verizon was looking to purchase the beleaguered operator for $800 million as part of a larger plan to participate in Canada’s 700 MHz spectrum auction. That auction eventually raised $4.8 billion, but no new entrants into Canada’s mobile space.

LTE-A for now, but 5G on the horizon

Rogers, Telus and Bell Canada all offer LTE-based services, but more recently have begun to tout their “5G” network plans.

Telus in October announced it was working with Huawei on network trials that produced throughput speeds of 29.3 gigabits per second. Telus said both companies had been trialing next-generation wireless technologies in a “live, real-world setting” since late last year, and customers in the Vancouver area “will have early access to some of the most cutting-edge wireless technologies in the world,” though gave no specific time frame.

Bell Canada, which is a network partner with Telus, previously announced a successful 5G technology trial with Nokia tapping into spectrum across the 73 GHz band in providing “sustained data speeds more than six-times faster than top 4G mobile speeds now available in Canada.” Bell said it expects 5G technology to be “widely available” within the next five to seven years, with the technology providing faster network speeds and increased capacity to support broadcast video and the “internet of things.”