RCR Wireless NewsIntelligence on all things wireless.
YOU ARE AT:5GSprint 5G demo set for Philly as part of Copa América Centenario 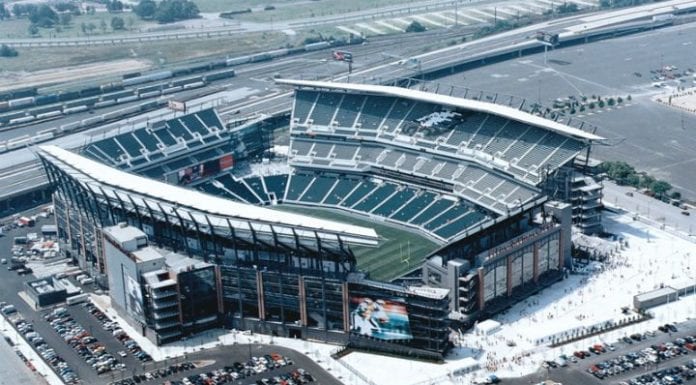 The next stop on the Sprint 5G demonstration tour is Philadelphia, where the carrier plans to show technology advances connected with the soccer tournament

Sprint’s “5G” roadshow is set to hit Philadelphia this week as part of the carrier’s marketing push around the ongoing Copa América Centenario soccer tournament.
As part of a player meet-and-greet, Sprint said it will be demonstrating its 5G technology outside Lincoln Financial Field. The test is set to use the 15 GHz spectrum band in support of download speeds up to four gigabits per second, and run in partnership with Ericsson.
The move appears similar to a demonstration held earlier this month in Santa Clara, California, connected with the soccer tournament. That demonstration was said to use the 73 GHz spectrum band to deliver claimed download speeds in excess of 2 Gbps and “low millisecond latency.” The carrier said the tests, which were run with network partner Nokia, supported live-streaming video in 4K high-definition quality and a streaming virtual reality system from VideoStitch.
As part of the demonstration, Sprint said it used beam switching, which it described as a method of tracking a device, selecting the best antennas and sending the wireless signal to targeted locations. The carrier noted the technology and its beamforming counterpart, which it uses in its current LTE Plus network deployment, are more efficient methods of sending signals to devices.
The tests also included support for dynamic TDD, which Sprint said has the ability to adjust network capacity in real time, and how the network can adjust to “real-world obstructions such as various types of window panes.” In highlighting its progress on eventually deploying commercial 5G services, Sprint said its existing microwave- and millimeter wave-based wireless backhaul infrastructure currently supports gigabit speeds, with plans for additional deployment of the technology.
In a blog post, Sprint CTO John Saw noted the carrier’s history of using spectrum in the 11 GHz, 18 GHz, 23 GHz, 28 GHz and 80 GHz bands for backhaul, claiming the carrier has thousands of sites currently using those bands for wireless backhaul. The carrier also gained significant experience with wireless backhaul through its Clearwire operations – where Saw previously served as CTO – which used the technology in support of its WiMAX build.
In terms of advanced technology in support of its 5G plans, Sprint said it expects to use multiple carrier aggregation, coordinated multipoint with beamforming and multiple-input/multiple-output antenna technology to boost coverage and capacity of its 2.5 gigahertz spectrum.
Sprint’s domestic rivals have all jumped on the 5G bandwagon, announcing various plans for trials, with Verizon Wireless going so far as to predict a fixed wireless pilot launch as soon as next year.
Bored? Why not follow me on Twitter