RCR Wireless NewsIntelligence on all things wireless.
YOU ARE AT:5GT-Mobile 5G plans begin to take shape, not as bullish on timing... 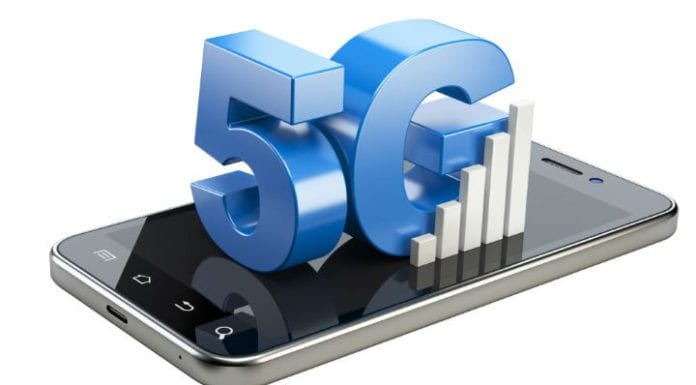 T-Mobile 5G plans begin to take shape, not as bullish on timing as Verizon and AT&T

T-Mobile US is the latest domestic operator to get in on the “5G” craze, announcing plans with Ericsson and Nokia Networks to begin trialling technology later this year.

The partnerships will see both vendors work with T-Mobile US in developing a pre-standards 5G test system for lab and field trials, with actual trials set to begin later this year.

Nokia said its work will include the use of “pre-selected spectrum” in the 28 GHz band to trial and test “5G components and accompanying use cases.” Ericsson noted its current work in the space has resulted in equipment prototypes achieving network speeds in excess of 25 gigabits per second.

T-Mobile US CTO Neville Ray said the work would include its current LTE technology and spectrum, with plans to support the next technology iteration in time for the launch of 5G-enabled consumer smartphones sometime after 2020. Those comments reinforce the carrier’s relatively conservative approach towards 5G, which has become a hot topic among wireless carriers.

Late last year, Ray noted the carrier was indeed interested in 5G, but added hurdles remained before the industry was ready for its next technology evolution.

“And yes, when 5G is ready, you bet T-Mobile will be ready to deliver the benefits to our customers,” Ray wrote in a blog post. “But don’t be too distracted by certain carriers teasing premature promises of 5G today. The industry standards don’t even exist for 5G yet, but if you look at what T-Mobile has being doing to give customers an advanced LTE experience (a prerequisite to 5G), you’ll see that we fully intend to bring 5G to the market in a very real way when the time comes.”

The International Telecommunications Union, which is the body designated to establish “G” standards, only recently came out with its official name for 5G (IMT-2020) that highlights the expected 2020 timeframe in which most expect the technology to be ready for commercial deployments. Core tenants to 5G are expected to include more diverse spectrum bands, greater use of small cells and deeper integration of virtualization technology using software-defined networking, network functions virtualization and cloud platforms.

Some analyst firms have noted current hype surrounding 5G will only confuse the market.

“The 5G debate has started with great fanfare, hype and confusion, but little substance about what it is exactly and what it is not,” said Stéphane Téral, research director for mobile infrastructure and carrier economics at IHS. “For now, the mindset is still locked into mobile broadband as we know it with LTE, so it’s good that the [International Telecommunications Union] has just stepped in to define 5G in its brand new IMT-2020.”

Téral added the market is still struggling to meet the full potential of 4G, which should be the main focus of carriers looking to match consumer demand before taking the next leap.

“We are slowly but surely moving to true 4G, and that’s good news,” said Téral. “However, most users already believe they are on 4G, and that’s the bad news because the experience is far from consistent and is falling short of expectations. How many times does your smartphone display LTE or 4G and you still see the infamous spinning wheel?”

Equipment vendors appear more bullish on 5G prospects, with many predicting the availability of commercial products before 2020, though that equipment may not adhere to strict standards guidelines.

Among domestic carriers, Verizon Wireless appears to be the most bullish on 5G, announcing at last year’s CTIA Super Mobility event in September plans to begin network trials in 2016, and a commercial launch in 2017. The carrier said it expects the eventual standard to support 50 times the network throughput of current LTE networks, latency in the single-digit milliseconds and the ability to support increased network demand from a growing number of connected devices and the “Internet of Things.”

“5G is no longer a dream of the distant future,” said Roger Gurnani, EVP and chief information and technology architect for Verizon. “We feel a tremendous sense of urgency to push forward on 5G and mobilize the ecosystem by collaborating with industry leaders and developers to usher in a new generation of innovation.”

Partners for Verizon Wireless’ 5G push are set to include Alcatel-Lucent, Cisco Systems, Ericsson, Nokia Networks, Qualcomm and Samsung. Verizon Wireless was also the most aggressive domestic carrier in rolling out LTE technology, moving forward with its deployment in 2010 prior to the standard being fully agreed upon.

AT&T had initially taken a similar tact to T-Mobile US, holding back on any moves into the 5G space until the industry moves on a standard.

“We’re not at a point to be making promises or commitments to customers as to what 5G is,” said Glenn Lurie, CEO of AT&T Mobility, at the CTIA trade show. “We as an industry have been really good at overpromising and underdelivering when it comes to new technology.”

However, earlier this month, AT&T announced a roadmap for research, development and ultimate commercialization of next-generation 5G mobile networks in partnership with Ericsson and Intel that includes plans to begin network trials in Austin, Texas.

AT&T filed paperwork with the Federal Communications Commission seeking an experimental license to conduct technology trials using spectrum in the 3.4-3.6 GHz, 3.7-4.2 GHz, 14.5-15.35 GHz and 27.5-28.5 GHz bands. The carrier said the testing would be used to test “experimental equipment” in support of “potential (5G) multi-gigabyte per second applications for fixed and mobile wireless communication networks at higher transmission rates and lower latency than is currently available,” and supporting voice, video and data.

“Applicant’s proposed experiments would involve base stations that would transmit signals to and receive signals from experimental equipment located onboard mobile vehicles and on fixed stations in and within 5 kilometers of the Austin area,” the filing requests. The license request is for a three-year period, with expectations of 5G standards to be set by 2019.