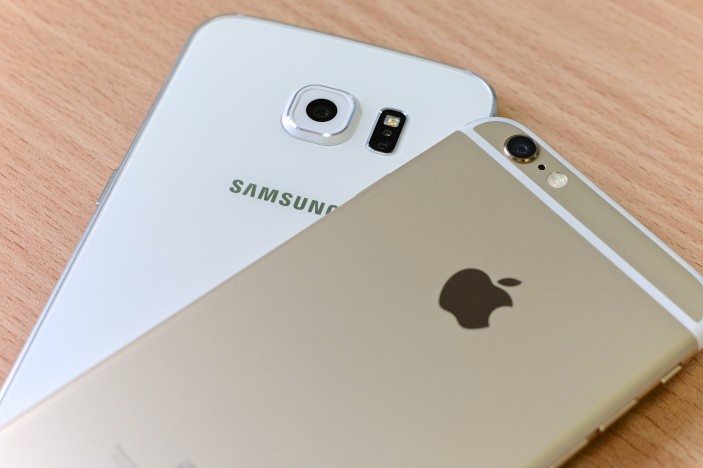 According to technology market research firm Counterpoint Research, T-Mobile US for the first time passed Verizon Wireless as the leading sales channel for smartphones in the first quarter of 2016. The researchers found T-Mobile US captured 22.9% of the domestic smartphone market while Verizon Wireless took 22.2%, followed by AT&T Mobility with 20.2% and Sprint with 16.7%.
“The U.S. market has undergone significant shifts in the power of the different sales channels with the move to unsubsidized plans,” said Neil Shah, research director at Counterpoint Research. “The growth of T-Mobile through its different ‘Un-carrier’ moves, the removal of subsidies and enticing subscribers with ‘Simple Choice’ and ‘JUMP’ plans, has helped the operator to become the top smartphone sales channel in the USA.”
T-Mobile US last year passed AT&T Mobility, and in 2014, the growing carrier passed Sprint, Shah said. The T-Mobile US sales metrics includes smartphone sales associated with its prepaid brand MetroPCS.
“Samsung and Apple together captured almost two-thirds of the total smartphone shipments share at T-Mobile, with Samsung leading,” Shah added. “However, it will be an uphill task for T-Mobile to maintain this lead ahead of Verizon and continue to attract millions of subscribers to its network. The move to unsubsidized and unlocked has also boosted demand in the open channel, which continued to contribute close to 10% of the total shipments in Q1 2016.”
In general, domestic demand for smartphones slowed slightly with a 4% decline, according to Counterpoint Research. Apple took a 33% market share, down 13% year-over-year, and Samsung increased its market share by 2% year-over-year to 28% in Q1 2016. Demand for LG smartphone decreased 1% year-over-year to 15% market share, while Chinese firms relatively new to the U.S. market saw good results; ZTE market share grew 32% year-over-year and Huawei saw a 421% year-over-year growth in market share.