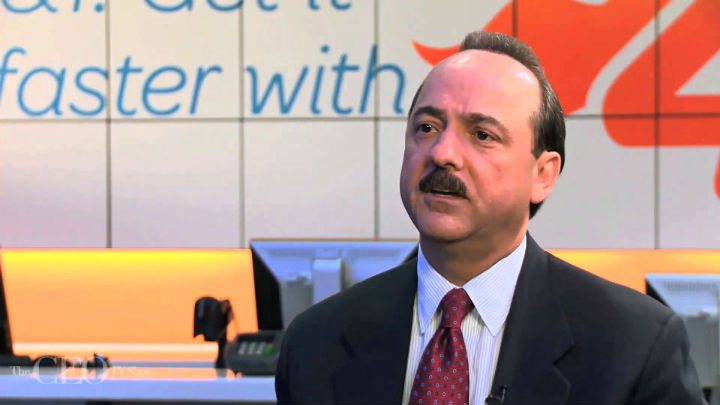 AT&T remains one of the telecommunications industry’s most vocal proponents of tapping software for greater control of its network using software-defined networking, network functions virtualization and cloud platforms, with plans for international expansion later this year.
Speaking at this week’s J.P.Morgan Global Technology, Media & Telecom Conference, AT&T Business Solutions CEO Ralph de la Vega, provided some financial insight into how the company is looking to transform revenue generation through AT&T SDN, NFV and cloud efforts. De la Vega, who also is vice chairman at the company and CEO of AT&T International, noted that the company’s plans have allowed it to reduce the capital expense and operating expense needed to run its operations.
“When you put something in our network as we’re moving forward on it, we’re virtualizing it, but we’re significantly reducing the opex and the capex that it takes to run that network,” de la Vega said. “But the beautiful thing about it, from a marketing point of view, is the services that ride on top of this new architecture. Not only do they cost less capex and less opex, but they generate more revenue. Because now the software cycles to turn up the services are almost instantaneous.”
Citing AT&T’s Network On Demand platform as an example, de la Vega noted that the company was able to roll the platform across the country in weeks, and companies taking advantage of the service were able to alter, for instance, their network speed in less than 90 seconds.
“There is no need to call a sales person, there is no need to order equipment, there is no need to set up another connection – it happens in 90 seconds,” de la Vega said. “And what I love about it is my revenue cycle is 90 seconds. That’s a pretty good deal when you can lower capex, opex and shorten the revenue cycle for your business. So we have now turned up our Network On Demand, we have thousands of customers on it.”
He also hinted at AT&T later this year rolling out an SDN-based service across 63 countries simultaneously.
“You show me a way to do that with a physical network and I would say the chances of you making that happen are very, very small,” de la Vega said.
AT&T’s software efforts are also helping boost support for the “Internet of Things,” with de la Vega explaining companies are able to gain greater insight into data usage of devices connected through the AT&T platform and are then able to better manage their service needs.
As for the impact the move toward virtualized network platforms is having on AT&T’s bottom line, de la Vega said the carrier has done quite a bit to close the margin gap compared with legacy systems.
“We made good profit on the old services, but that’s on old technology,” de la Vega said. “The new technology gives us a chance to operate our network better to make better margins and at the same time give our customers a better deal, because everybody’s costs are lower, when you implement the new architecture.”
Bored? Why not follow me on Twitter