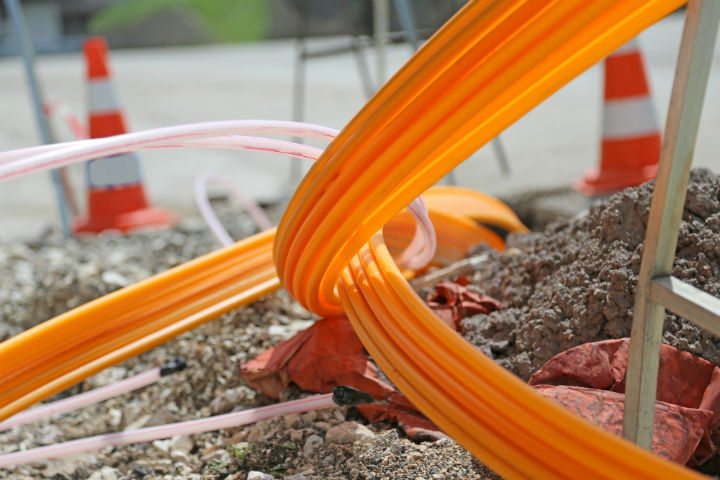 Broadband is changing. It runs at ultra-fast Gigabit speeds and is getting faster and stronger as more companies jump into the new space. Today the leader by far is AT&T GigaPower. They offer ultra-fast Internet in the largest number of markets nationwide to date, and they have more scheduled to be turned up within months than any other provider.
The Gigabit race started several years ago when AT&T GigaPower and Google Fiber made their first announcements and launched in their first markets. At the time we didn’t know if Google was serious since they are not in the business of building networks and selling services.
To tell you the truth, we still don’t know if Google Fiber is serious long-term since they have only launched in four markets to date and it has already been five or six years. They say there are other markets planned. However, after whetting the user appetite, the wait has been agonizingly slow for users and for cities.

Atlanta will have three Gigabit competitors

I live and work in Atlanta. AT&T GigaPower has rolled out and continues to expand its Gigabit broadband service in parts of Atlanta. Google Fiber has Atlanta on the short list, but they should have been here already. Comcast is the third. They are testing their Gigabit speed service in Atlanta as well. If all goes well in Atlanta, I expect them to expand to other markets. Stay tuned.
Does Comcast entry mean we can expect the same from other cable television companies like Time Warner Cable, Charter, Cox and others? I would say yes however we have not seen activity yet.
So even though Atlanta is supposed to have three Gigabit speed Internet service providers, so far only AT&T GigaPower is officially here.

Gigabit broadband not cheap or easy

Gigabit broadband is not cheap and it’s not easy or fast to install. It takes money, time and manpower to get up and running and managed. There is an enormous investment providers are required to make before they can be profitable.
Since I live in the Atlanta area, I can see the marketplace evolve. We in Atlanta are fortunate since we should hopefully have multiple providers soon. That means in the Atlanta market, prices may be lower because of competitive pressure. This also means unhappy customers can easily switch to a competitor so service should be great.
Markets with only one provider don’t have the same benefit, but they are still one of the lucky few who actually get access to this Gigabit service. Markets nationwide want this Gigabit service for many reasons. One being it attracts tech companies and workers and tax dollars. Citizens want it because it provides them with faster Internet.

Pull the camera back on Gigabit Internet

Why do we need faster Internet? Well, five or 10 years ago the Internet was mainly for surfing the web, emailing then using social networks. Today it’s about downloading and watching TV and movies, video streams and all sorts of bandwidth-hogging applications. This is over the wireless network on mobile devices or over wireline networks to the home or office.
If we pull the camera back, we can see how the Internet is the network of the future. The Internet, whether wireless or wireline or IoT or the cloud–is all part of this new world of communications.

However, we are still in the early days of this revolution. We knew the wireless revolution would happen, but it took many years to get faster and better and stronger to be where it is today. The same thing is happening with Gigabit speed Internet. It is getting faster and better and stronger, year after year, but it takes time.
Today the leader is AT&T GigaPower which serves 20 metros, the most of all competitors. They also have 38 planned to come online next. Google Fiber gets media attention, but they come in at a distant second with four markets and a few more planned. However, both AT&T and Google are number one and two and are the leaders to date in this new space.
Then there are countless smaller companies sticking their toes in the water in selected markets around the country. These are companies like Comcast, CenturyLink, Windstream, Fairpoint, C-Spire and others.
Surprisingly many firms where Gigabit speed makes perfect sense are not there yet. Companies like Verizon, Time Warner Cable and Charter are just a few. Perhaps it’s too early for them in this new opportunity. However, like the old saying goes, the early bird gets the worm! Either way Gigabit speed Internet, both wireline and wireless are the future.