RCR Wireless NewsIntelligence on all things wireless.
YOU ARE AT:BusinessFour big U.S. carriers team up to bring 4G service to Chicago... 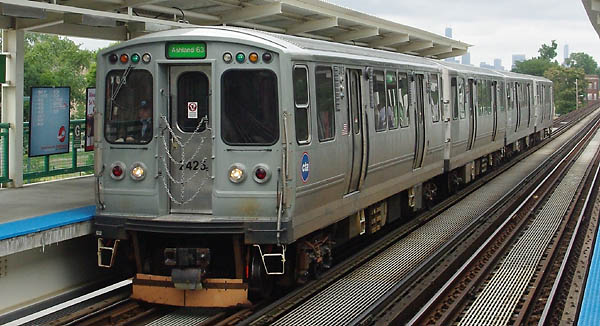 Verizon Wireless, AT&T Mobility, T-Mobile US and Sprint have worked together to bring LTE service to all of Chicago’s more than 400,000 daily subway passengers. Chicago Mayor Rahm Emanuel and the Chicago Transit Authority said the move makes Chicago the largest public transit in North America with complete LTE wireless coverage.

“The completion of 4G wireless installation through the entire CTA subway system marks a major step forward in the service we provide Chicagoans, and is the latest step in building a world-class transit system in Chicago,” Emanuel said. “This is a great example of the good work the Infrastructure Trust and corporate partners can do for Chicago. CTA customers can now easily text, email and stream anywhere, making commuting on the CTA and traveling between downtown even more convenient.”

In January 2015, all four carriers signed off on the $32.5 million deal brokered by the Chicago Infrastructure Trust to fund, design and construct a distributed antenna system powerful enough to provide all of Chicago’s transit riders with LTE coverage.The carriers will pay the CTA a flat fee every year, starting at $500,000 and rising 3% each successive year to lease the subway space for their LTE services.

“4G wireless communications is just one of the cornerstones of the CTA’s commitment to investing in technology,” CTA President Dorval Carter Jr. said. “This coverage increases safety by providing more reliable communications for CTA personnel and emergency responders, and it complements other technologies that are enhancing the way we commute, including expanded transit tracker information and the installation of more than 23,000 security cameras throughout our bus and rail system.”

The project created approximately 50 jobs for the city and it expected to save the CTA $400,000 per year in wireless network maintenance costs.