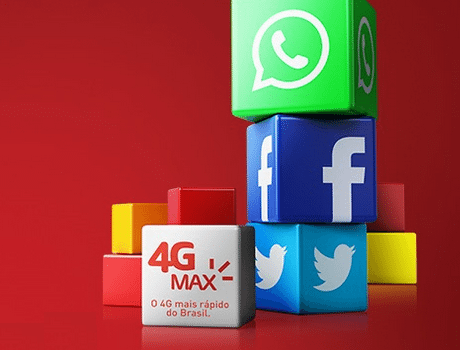 The announcement was made less than two months after Claro’s president, Carlos Zenteno, said that zero-rating plans were no longer part of the carrier’s strategy. In April, he said that less than 1% of its customers who took these offers used only Facebook or Twitter.

During the press conference, Claro said the promotion follows research findings that showed customers want to have constant access to social media. Claro will offer access to Facebook, Twitter and WhatsApp free of charge to all customers that sign up for the offers. They should already be subscribers of either prepaid or postpaid packages, including data.

Zenteno told RCR Wireless News that the current offering is different because subscribers can browse whatever they want on the Web, rather than just a specific social media app, due to zero-rating. “It’s an evolution. We realized that it has no purpose only to offer zero-rating access to one site.”

Asked if the offering could conflict with Internet neutrality rules, Zenteno argued that from Claro’s perspective, it’s legal and in compliance with the law. In Brazil, officials are currently conducting a public hearing to address the regulation of Internet law, especially in net neutrality, data storage and privacy. Some experts believe that zero-rating is against the rules, but nothing’s been decided yet.

Claro is the third-largest mobile carrier in Brazil, with 25.25% of market share.

Venezuela: Although the GSM/UMTS is still the most used mobile technology, representing 73.44% of the total, the mobile data traffic has increased by 67% to 12,105 TB in the first quarter 2015 in a year-over-year comparison. According to the telecom regulator in Venezuela, Conatel, the penetration of smartphones is accomplishing the trend, and has risen 25% in one year. Total Internet users reached 16 million, a penetration of 61%. In regards to mobile lines, Movilnet owns 51% of market share, followed by Telefónica (33%) and Digitel (16%). Venezuela ended the first quarter of 2015 with 30,293,708 lines, only 0.8% more than Q1 2014. CDMA is used for 25.41% and LTE for only 1.15%.

More new from Latin American region:
BRAZIL – TIM released its plans to increase the number of Wi-Fi hot spots in the country. Telco has partnered with Enox On-Life Experience that counts 200 places with Wi-Fi infrastructure installed.

REGION – Former SAP and Software AG president for Latin America and the Caribbean, Diego Dzodan, was announced as Facebook’s new VP for the region.

BRAZIL – Chinese mobile phone manufacturer Xiaomi is due to debut in Brazil on June 30, following up on its previously announced plan to launch its products in the country in the first half 2015.

Roberta Prescott
Editor, Americasrprescott@rcrwireless.com Roberta Prescott is responsible for Latin America reporting news and analysis, interviewing key stakeholders. Roberta has worked as an IT and telecommunication journalist since March 2005, when she started as a reporter with InformationWeek Brasil magazine and its website IT Web. In July 2006, Prescott was promoted to be the editor-in-chief, and, beyond the magazine and website, was in charge for all ICT products, such as IT events and CIO awards. In mid-2010, she was promoted to the position of executive editor, with responsibility for all the editorial products and content of IT Mídia. Prescott has worked as a journalist since 1998 and has three journalism prizes. In 2009, she won, along with InformationWeek Brasil team, the press prize 11th Prêmio Imprensa Embratel. In 2008, she won the 7th Unisys Journalism Prize and in 2006 was the editor-in-chief when InformationWeek Brasil won the 20th media award Prêmio Veículos de Comunicação. She graduated in Journalism by the Pontifícia Universidade Católica de Campinas, has done specialization in journalism at the Universidad de Navarra (Spain, 2003) and Master in Journalism at IICS – Universidad de Navarra (Brazil, 2010) and MBA – Executive Education at the Getulio Vargas Foundation.