RCR Wireless NewsIntelligence on all things wireless.
YOU ARE AT:Network InfrastructureLTESponsored: Antenna Misalignment - A Losing Proposition for Operators in More... 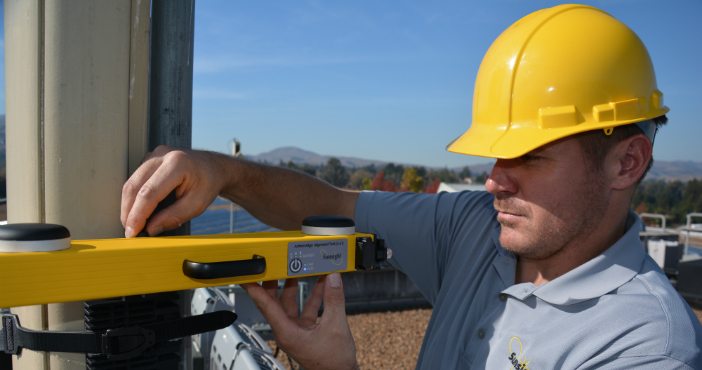 Sponsored: Antenna Misalignment – A Losing Proposition for Operators in More Ways than One

Consumer demand for mobile data continues to overtake demand for voice capacity, a trend that places greater emphasis on data throughput. Operators must optimize data networks to maximize revenue opportunities and achieve Quality of Service (QoS) and Key Performance Indicator (KPI) benchmarks that will reduce customer churn, as customers are quick to change carriers if they grow frustrated with upload and download times they feel are too slow.

In addition to the ever-increasing cost of spectrum (pricing of the recent AWS-3 auction reached record highs) operators spend tens of thousands of dollars on a single cell site build designed to achieve these goals. RF System designers pay careful attention to selecting antenna patterns and locations to maximize return on spectrum and build a quality network investment. Failure to install and align those antennas to match the original RF design is wasted capital, and creates problems which can lead to customer dissatisfaction and churn. Engineering a mobile data network for the highest-achievable system throughput – while minimizing the potential for interference – helps network operators realize optimum network performance, increase data throughput, and reduce time to positive financial return.

Unfortunately, many antenna sites are misaligned, resulting in operators losing hundreds of thousands of dollars. Given the attention paid to RF system design, and the money invested in spectrum; how does this occur, and how can it be corrected? And the real question is – how much is unknown and uncorrected RF antenna misalignment costing your company?

Azimuth and mechanical tilt errors are largely due to improper measurement methods and inadequate tools. Install crews typically rely on a basic inclinometer for measuring mechanical tilt. Placement of these inclinometers on antennas for measurement is often random, leading to errors. Mechanical tilt needs to be measured consistently, at same reference point on every antenna, based on a published Method of Procedure (MOP) using an approved calibrated tool designed for proper antenna alignment. Typical carrier MOPs dictate stringent tolerances of ±0.25° on mechanical tilt.

Similarly, azimuth tolerances of ±2.0° (R99) are being specified and are especially important as tighter sector footprints are needed and smaller antenna beam widths are being used more often in system designs and in areas with substantial cell density. Azimuthal alignment errors are caused by improper measurement methods and inadequate tools such as magnetic compasses or smartphone apps. Magnetic compasses are inadequate because they’re adversely affected by nearby ferrous metal, and can be disrupted by nearby RF radiation or even electric current flowing in power cables. Magnetic compasses must also be compensated for declination, which changes from region to region – and over time. Smartphone compass apps are no different – they’re subject to the aforementioned errors and are also often in a state of uncertain calibration.

A recently published white paper details the importance of proper antenna alignment. The paper references a 2013 audit of over 6,000 antennas which showed that found that over 1/3rd of antennas in real-world systems are installed out of tolerance, and concluded that these errors can have a direct and negative effect on an operator’s bottom line. The white paper also references a study of how misalignment affects system data throughput.

The white paper considers a scenario with spectrum priced at $1.50 per MHz-POP and a 5 MHz FDD-LTE system with 250 sites covering 250 square miles in a densely populated urban/suburban area, the Santa Clara County region of Silicon Valley. With a population of just over 1.78 million, the total spectrum value for the scenario system would be just under $13.3 million. Presuming that the same rate of misalignment found in the study holds, the resulting loss of value from wasted spectrum in the scenario is $117,810. Extending this scenario over an average US national operator network of approximately 40,000 cell sites with a 20 MHz FDD channel, the white paper concludes that the hypothetical operator is losing $75.4 million dollars just in wasted spectrum, double this for 40 MHz of spectrum. This estimation of economic loss also does not include ‘unused’ BTS/RAN infrastructure due to induced interference. Add to that the costs of churn, truck rolls, and maintenance crews to resolve issues which should never have existed.

These losses can be recovered by ensuring that real-world antennas are installed to match the RF System design. The MOPs must clearly define accurate alignment methodologies and tolerances, such as ±2.0° for azimuth and a mechanical tilt of ±0.25°, and specify an alignment tool that can consistently and and reliably meet spec at half of required tolerances. Relative to the costs of deploying RF networks that don’t conform to original design criteria, calibrated test equipment that can accurately measure and record antenna location, tilt, roll, and azimuth is an investment that will provide immediate return-on-investment and long-term network dividends.

John Vetter is the VP of Business Development of Sunsight Instruments. John has 20+ years’ experience in RF Engineering wireless network design, deployment, and post network performance/optimization. He has BS in MIS, and an MBA from the University of Miami.