RCR Wireless NewsIntelligence on all things wireless.
YOU ARE AT:CarriersSprint expands LTE, Spark 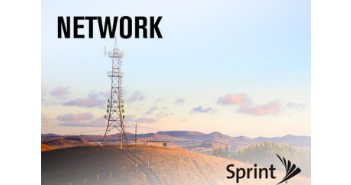 Sprint’s fight to remain competitive against rivals includes its ongoing deployment of LTE services, which have lagged far behind the reach of its larger rivals and trailed in speed compared with some smaller competitors. In connection with the release of challenging first quarter financial results, Sprint also announced that its LTE service now covered 225 million potential customers on its way to hitting 250 million pops covered by mid-year.

Sprint’s LTE network, which it began deploying in 2012, is for the most part dependant on 10 megahertz of spectrum in the 1.9 GHz band for support. That thin slice of spectrum has handicapped network speeds to roughly half that of its rivals, many of which are using twice as much spectrum to support their LTE offerings. Sprint is in the process of throwing some 800 MHz and 2.5 GHz spectrum support behind its LTE offering as part of its Spark program, though that coverage is only expected to total 100 million pops by year end.

Sprint’s network plans have gone through leadership changes in recent months as the carrier promoted former Clearwire CTO John Saw, who was SVP of technical architecture at Sprint, to chief network officer where he will be reporting directly to Sprint’s CTO Stephen Bye. The move followed the departure of Bob Azzi, SVP of networks at Sprint, and Steve Elfman, president of network operations.

Looking to expand coverage beyond the 250 million pops it expects to be able to cover with its own spectrum and network, Sprint announced a number of initiatives at the recent Competitive Carriers Association event in San Antonio in an attempt to lure coverage support from rural operators. Those include tapping into Sprint’s Network Vision program, the 700 MHz spectrum resources of rural carriers and a growing device ecosystem able to support Band Class 12. Sprint Chairman Masayoshi Son also offered up financial assistance to rural operators in order to expand such agreements.

Verizon Wireless continues to lead the LTE coverage race with its network covering more than 300 million pops, and in recent months has focused on adding capacity to its network by deploying 1.7/2.1 GHz spectrum support. AT&T Mobility has raced to a close second with its LTE service now covering more than 280 million pops, on its way to 300 million pops later this year. T-Mobile US, which began its LTE deployments just over one year ago, has raced past 210 million pops covered and is expected to provide a further update when it announces first quarter results in the coming weeks.

Sprint also said it plans to have nationwide availability of its HD Voice service by mid-year. The HD Voice service is designed to eliminate background noise on voice calls and provide audio quality superior to wireline connections. Customers on both ends of the call must have compatible handsets and be in markets where the service is available to benefit from the offering. The service is not compatible with voice over LTE, which is what is being deployed by Verizon Wireless and AT&T Mobility, though both services are similar in that they take advantage of data networks to provide voice services.

Vestberg’s vision for ’22 and Verizon’s ‘vectors of growth’