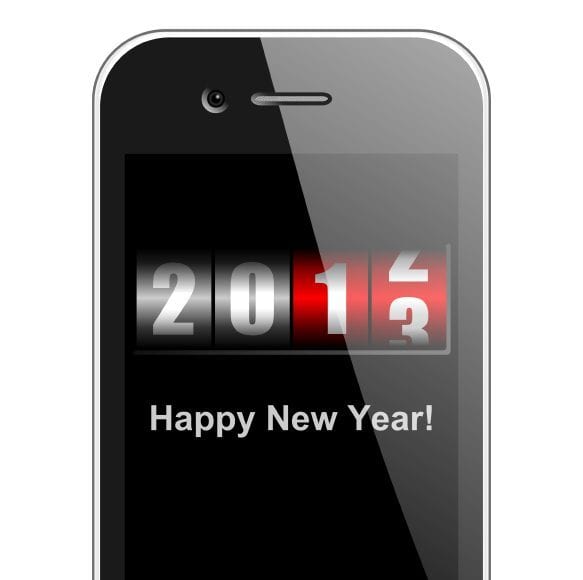 Before we turn the page on 2013, we thought we would take a look back at the past 12 months by highlighting what we felt were the top 100 stories across the mobile space. Since it would be foolish to rank these in order of “importance,” we have instead laid them out in chronological order. Please check back tomorrow for the next round of stories that shaped the wireless world in 2013.

Also, please make sure to check back beginning Jan. 2 as we begin posting predictions for 2014 from executives across various channels of the mobile space.

Nokia launches LTE tablet, supersize smartphones
Nokia has unveiled some of the new products that were in the works before the company announced the sale of its device business to Microsoft. … Read More

Crown Castle picks up AT&T towers for $4.85B
Following weeks of speculation, Crown Castle announced it has agreed to purchase lease rights to 9,700 towers from AT&T for $4.85 billion in cash. … Read More

Softbank to purchase 57% stake in Brightstar for $1.26B
Japan’s Softbank moved forward with its investment in device logistics provider Brightstar, pouring $1.26 billion into the company for a 57% share of the operation. … Read More

Alcatel-Lucent to cut 10,000 jobs
Alcatel-Lucent says that roughly one of every seven workers will be let go as the telecom equipment giant makes a last-ditch effort to turn its business around. … Read More

Sprint to replace key executives
Sprint is replacing two of its top executives, as the nation’s third largest carrier adjusts to new ownership by Softbank and increased competition from T-Mobile US. … Read More

5G: What the next generation of telecom could look like
“5G” is the catchall title for what scientists, inventors, software developers, universities and a host of companies involved in developing and operating telecom networks are working on as the next generation of infrastructure estimated to arrive on the airwaves circa 2020 and beyond. … Read More

Sprint to pass on H-Block auction, focus instead on low-band spectrum
The government’s plans to auction off 10 megahertz of spectrum in the upper 1.9 GHz band lost an interested party today as Sprint announced it would not participate in the auction of the H-Block assets. … Read More

AT&T to sell Connecticut wireline assets to Frontier for $2B
AT&T announced plans to shed wireline assets in the Northeast as it focuses future growth opportunities on its wireless operations. … Read More

Rumors swirl around Sprint, T-Mobile US tie up
Rumors over the weekend began to sizzle that Sprint and T-Mobile US were looking into a possible partnership that would provide a more formidable foe against the nation’s two largest wireless operators Verizon Wireless and AT&T Mobility. … Read More

Verizon to buy EdgeCast
Verizon is deepening its commitment to mobile and online content delivery with the purchase of EdgeCast Networks, a content delivery network provider that specializes in e-commerce, media and entertainment. … Read More

FCC postpones 600 MHz incentive auction until mid-2015
The Federal Communications Commission has officially pushed plans to auction off 600 MHz spectrum licenses for use by wireless carriers until the middle of 2015, relieving pressure to meet a previous deadline of 2014. … Read More

Tower crew hiring accelerates
With Sprint and T-Mobile US accelerating their LTE rollouts while AT&T and Verizon complete theirs, demand for cell tower climbers and technicians has never been greater. … Read More

BlackBerry embraces competitors’ devices
BlackBerry CEO John Chen has been on the job for almost a month now, and he is making good on his promise to focus on the software side of the business. … Read More

China Mobile officially signs up for iPhone; Sprint to benefit?
Apple finally reeled in the biggest fish, announcing over the weekend that it finally secured a deal with China Mobile to offer its iPhone products beginning next month. … Read More