RCR Wireless NewsIntelligence on all things wireless.
YOU ARE AT:Analyst AngleAnalyst Angle: The desirability of sub-1 GHz spectrum 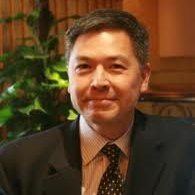 This post has been updated with new maps showing sub-1 GHz spectrum holdings for Verizon Wireless, AT&T Mobility and Sprint.

Spectrum is the foundational element of the wireless industry. For those who have tracked the industry for a while, carriers are constantly on the hunt for more spectrum to fill in order to serve skyrocketing data consumption. Aside from auctions, swaps and purchases, mergers and acquisitions have also played an important role. M&A events that highlighted spectrum as a core component include AT&T’s impending acquisition of Leap Wireless and its successful deal for Alltel (Atlantic Tele-Networks); Sprint’s acquisition of U.S. Cellular markets and Clearwire; T-Mobile US’ purchase of MetroPCS; and Verizon Wireless’ big buy of Alltel.

While any spectrum is desirable, all spectrum isn’t equal. At the September Competitive Carriers Association conference, T-Mobile US CTO Neville Ray in his keynote remarks presented a slide focusing on larger competitors’ Verizon Wireless and AT&T’s dominance in low-band (sub-1 GHz) spectrum.

Spectrum below 1 GHz include 700 MHz, SMR (specialized mobile radio – 800 MHz) and Cellular (850 MHz) bands. Bringing in the slide to illustrate the disparity plays into the positioning of the 600 MHz broadcast spectrum incentive auction set to take place in either late 2014 or early 2015. Given T-Mobile US’ (1.7/2.1 GHz) advanced wireless services spectrum depth, why would they care about sub-1 GHz? For that matter, would Sprint care about 600 MHz given their own 2.5 GHz spectrum depth? Of course. Why? The answer is all spectrum isn’t equal.

Industry veterans understand that the low-band (sub-1 GHz) spectrum’s propagation characteristics provide greater geographic reach/coverage and better in-building penetration relative to higher frequencies such as AWS, PCS (1.9 GHz) and 2.5 GHz. As such, with greater reach the number of sub-1 GHz spectrum cellsites to serve an area is less than if deploying higher frequencies. This fact, which has been well analyzed and modeled, translates to lower deployment (both capital expenditures and operating expenditures) costs. To take it further, in the geography of the United States, 700 MHz deployment for LTE is more efficient for reach. On the other hand, the higher 2.5 GHz would be costlier to match the same national footprint. Yet the carrier view on spectrum also has another element in how much a carrier has of that spectrum (measured in megahertz): the depth.

However, a picture is worth a thousand words. With assistance from Mosaik Solutions, the following graphics illustrate tier-one carriers’ sub-1GHz national reach and depth.

Verizon Wireless and AT&T’s holdings demonstrate the ability to offer a national service footprint. It’s no surprise that network coverage and reliability are central marketing themes. For both carriers, the foundational LTE network is being built on 700MHz spectrum. However, the cellular bands that are running non-LTE technology will undergo “refarming.” That is, replacing the older non-LTE equipment with LTE equipment to run on these cellular bands. Most impressive is each carrier’s bandwidth depth (darker is deeper). This depth eventually translates to data service that can bring higher speed and subscriber capacity.

For Sprint’s part, the refarming process of its 800 MHz spectrum is underway with the iDEN network mid-2013 shutdown. The former iDEN frequencies will host both non-LTE (CDMA) and LTE technology. Conceptually, it meets both voice and data needs, but this also means that it cannot use its entire spectrum for LTE data. Moreover, as illustrated by the Sprint graphic, its spectrum depth pales in comparison to its larger rivals. Sprint does have abundant 2.5 GHz spectrum, the backbone of the recently announced Sprint Spark initiative, with potential speeds ranging from 50 megabits per second to greater than one gigabit per second. However, to fully implement that ultra-high speed experience while matching competitors’ national footprints would be extremely costly.

T-Mobile US, which has insignificant sub-1 GHz spectrum to map, is in the same costly predicament if it were to attempt to play the speed card beyond its current market footprint with its AWS and PCS portfolio.

As sub-1 GHz spectrum provides greater geographic reach and better in-building penetration, it’s logical that Sprint and T-Mobile US view winning spectrum in the upcoming 600 MHz broadcast auction as a strategic imperative. Doing so, in their eyes, would level the playing field and allow competitive footing with a complementary low- and high-band spectrum portfolio. Carriers have already been working towards favorable positioning ahead of the future auction. The stakes are high and 600 MHz is the new beachfront property.

William Ho is principal analyst at 556 Ventures. Ho has over 20 years experience in the telecom, Internet and government markets. Previously, Ho was VP of Consumer and Small Business research at Current Analysis. You can see Ho’s blog Mobile Musings and Analysis at: billho888.blogspot.com.