RCR Wireless NewsIntelligence on all things wireless.
YOU ARE AT:CarriersFreedomPop enters smartphone space with ‘free’ service 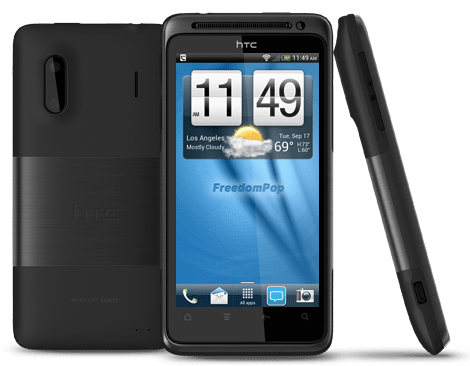 Wireless service provider and rabble-rouser FreedomPop is making its biggest splash to date, announcing plans to begin offering smartphones to customers with a limited bucket of voice, messaging and data services for free, or the ability to upgrade to unlimited voice and messaging with a bucket of data for $11 per month.

The smartphone move comes just one year after the company entered the mobile space with its “free” mobile data offering using network resources from Clearwire’s WiMAX network. Since then, FreedomPop has expanded its offering to include 3G and LTE service running across Sprint’s network, with the move into the smartphone space opening up a much larger audience to the company.

The smartphone offer will provide customers with 500 megabytes of data, 500 text messages and 200 anytime calling minutes for free; 500 voice minutes, unlimited text messages and the same 500 Mb of data for $8 per month; or customers can upgrade the voice calling and text messaging for the $11 per month. FreedomPop does not charge for data overage, with additional data priced at 2.5 cents per megabyte. Customers are also being offered 1 gigabyte of data free for one month, which is then charged at an additional $10 per month going forward.

As for device selection, FreedomPop is starting with the HTC Evo Design that will sell for $99 without a contract through an initial launch promotion. FreedomPop expects to add more Android-powered devices going forward. One limitation of the current offering is that its not compatible with Sprint’s LTE network, so works only across CDMA-based 3G and WiMAX-based “4G.”

FreedomPop COO Steven Sesar noted that over the past year the company has attracted around 100,000 customers with its mobile data offer that he said was a niche market valued at around $5 billion. With the introduction of a smartphone, Sesar said the company is looking to tap into a market valued at more than $200 billion.

Sesar explained that while FreedomPop’s Web-based operating model allows for the scalability necessary to handle the potential for exponential customer growth, the biggest challenge for the company is in expanding support for customer service and support, noting that smartphones have a much more involved support process than is required for mobile Internet devices.

“Smartphone customers need an entirely different level of support,” Sesar said. “We have augmented our level of support to what we think we need to support that need and plan on continuing to scale that as we move forward.”

On the device front, Sesar noted that the initial smartphone is not the latest model on the market, but being just one generation behind allows the company to offer the phone at a lower price point without the need for a subsidy. The phone and service also does not rely heavily on the use of Wi-Fi for voice and data, something that a similar offer from Republic Wireless bakes into its plans.

As for network partner Sprint, Sesar said the carrier has been very accommodating in the pricing structure it provides, allowing FreedomPop to squeeze out margins through its lean operations despite offering low rates.

“They have been a great strategic partner for us,” Sesar noted. “We definitely can’t complain about the rates they are charging us and it has allowed us to have a real impact on the market.”

#TBT: Wheeler tapped to head FCC; Clearwire moves closer to acquisition; What’s next for T-Mo? … this week in 2013