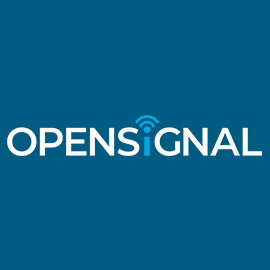 Opensignal’s latest report digs into the mobile experience when connected to the top three U.S. carrier’s premium — or enhanced, as the testing firm puts it — 5G services: AT&T’s 5G+, T-Mobile’s Ultra Capacity 5G (5G UC) and Verizon’s 5G Ultra Wideband (5G UW). For the purposes of this report, Opensignal differentiated between what it categorized as “premium” services, or those using mmWave and C-Band spectrum, from low-band 5G services.

However, T-Mobile’s Ultra Capacity 5G network has a wider reach than those of the competitors, with users able to connect to the premium service in 41.9% of counties, compared to 11.7% for Verizon and 1.4% of AT&T. “This highlights how important it is for AT&T and Verizon to continue with mid-band 5G deployments,” commented Francesco Rizzato, Opensignal senior technical analyst. “T-Mobile’s wide reach of Enhanced 5G locations comes as no surprise since T-Mobile had a large head start in this type of 5G deployment. In fact, T-Mobile started to deploy mid-band 5G using its 2.5 GHz band two years ago in April 2020, while AT&T and Verizon were only able to launch mid-band 5G in January 2022 following the release of C-band spectrum.”

In the category of average upload speeds, Opensignal reported that T-Mobile’s Ultra Capacity 5G and Verizon’s 5G Ultra Wideband were “statistically tied in the 21-21.2 Mbps range,” leaving AT&T in last place with an average saw upload speeds of 17.3 Mbps.

As mentioned above, Verizon’s premium network achieved the highest average score for multiplayer mobile gaming, over-the-top (OTT) voice service and adaptive video experience. For the first application, Verizon scored 81.5 points, ahead of AT&T’s 5G+ score of 78.5 points and T-Mobile’s 76.1 points on its Ultra Capacity 5G network. For OTT voice service experience, Verizon secured an average score of 81.6 points, while AT&T’s 5G+ and T-Mobile’s Ultra Capacity 5G networks were statistically tied in the 80.2-80.7 points range. Finally, on a 100-point scale, Verizon’s 5G Ultra Wideband was given a score of 74.4 points, followed by T-Mobile at 71.9 points, and then AT&T’s at 71.4 points.

According to Rizzato, these results indicate that the January 2022 launch of C-Band “transformed the 5G landscape in the U.S.” Further, it decreased some of the 5G lead that T-Mobile has long held over Verizon and AT&T. “As the three U.S. carriers publicly differentiate their Enhanced 5G services from low-band 5G on users’ devices with the use of special 5G icons, it is important for users to be able to compare the mobile experience on those Enhanced 5G services,” he said.