RCR Wireless NewsIntelligence on all things wireless.
YOU ARE AT:5GThree cloud gaming demos conducted by telcos 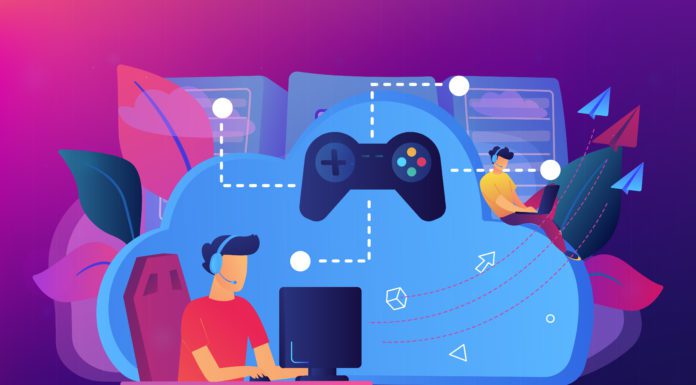 With cloud gaming revenue predicted to come in at over $1 billion for the first time this year — about double what it was raking in last year — communications service providers (CSPs) are searching for ways to get a share of the booming market.

By running a game on a nearby server and streaming it to the player, cloud gaming frees the player from the confines of relying on a computer or console with powerful graphics and hardware to play a game. Much of the market’s growth can be attributed to advanced connectivity technologies, particularly 5G, which offers the required low latency and high-speed connectivity, as well as the ability to handle the high data demands expected from gaming platform subscribers.

According to a 2020 Ericsson Mobility Report, of the CSPs that had already launched 5G services — 106 at the time of the report — 22 had already announced mobile cloud gaming services. There are different strategies for getting involved as a service provider, including launching your own gaming platforms or developing partnerships with gaming companies.

However, not everyone is convinced that cloud gaming is a winner just yet. For Vijai Karthigesu, founder & CEO of Swarmio Media, the technology still “needs to find its way.”

“People kind of consider cloud gaming, as it is today, to be like what Apple did for music or Netflix for movies. The problem is that cloud technology itself is in the very early stages and the availability of that kind of technology is available where places that cloud gaming is not needed, like North America and Europe. In those regions, cloud gaming is competing with consoles like PlayStation or Xbox and PCs because people can spend $400. It’s not a big deal for many of those consumers. It doesn’t make economic sense,” he recently told RCR Wireless News.

He added that serious gamers will not be satisfied with what cloud gaming can deliver, at least not as it stands today.

But, even if cloud gaming still has its kinks to work out, the use case represents a great opportunity to show off what 5G and multi-access edge computing (MEC) are capable of. As a result, CSPs and their partners seem intent on helping cloud gaming make a name for itself as evidence by the demonstrations taking place, a few of which are outlined below.

Chile’s Ministry of Transport and Telecommunications and telecommunications company Entel conducted what was reportedly the first demonstration of 5G cloud gaming in Latin America last April.

The demo featured a number of professional gamers, including Swaggron and Nicole Piri. Swaggron played Pokemon Go in the Titanium Park sector on a 5G Samsung S21 mobile phone and using augmented reality to catch Pokemon, while live-streaming simultaneously and in real time to his followers.

Gamer Nicole Piri connected to 5G on a variety of devices to play different games such as Tennis World Tour and Darksiders, without connecting to fixed networks. She instead used a solution provided by Avatar World Group (AWG), which, in 2020, launched its own cloud gaming solution, AWG Games, to help telcos and ISPs in Latin American and Africa expand into the gaming market.

“Until now we had made demonstrations of social or industrial uses,” said Antonio Büchi, CEO of Entel, “but today we wanted to give a brushstroke of entertainment together with prominent gamers from the national level. Gamers use different types of access to play, but in Chile about 80% do so through their smartphones, and with this demo we are giving a concrete sample of what 5G will allow for these daily uses.”

In March, SK Telecom and SingTel completed a first phase of a proof-of-concept (POC) involving the carriers’ MEC platforms with a demonstration of cloud gaming.

In a press statement, SingTel’s VP of enterprise Mobility Product and Platform Dennis Wong commented: “Cloud gaming has seen a boom during the pandemic and continues to grow in popularity as digital entertainment for our customers in the region. The POC paves the way for Singtel and our Bridge Alliance partners to deliver immersive, multi-player cloud gaming experiences through our respective 5G and MEC.”

For the demonstration, SKT streamed an online game, World of Warships, through the game streaming provider GameGrid. GameGrid was deployed on the Singtel MEC platform and the cloud gaming experience was tested on a smartphone using Singtel’s 5G Standalone network.

“L4S will enhance the quality of experience for latency-sensitive or time-critical use cases such as cloud gaming and augmented reality/virtual reality (AR/VR) applications,” Ericsson stated in a press release.

The pair recorded an interactive cloud-based boat racing game both with and without this technology to illustrate difference between the gaming experience.

“The results,” claimed the companies, “clearly showed visible jitter spikes in the game without L4S, while the one enabled by this 5G feature experienced smooth-sailing all the way.”

“Consistent low latency in cellular networks is essential to creating new and exciting user experiences,” said Alex Choi, SVP Technology Strategy & Innovation at Deutsche Telekom.” Together with Ericsson we have demonstrated the unique benefits of managed latency with L4S technology for time-critical, high-rate applications over 5G.”

Facebook
Twitter
Linkedin
Previous articleNokia to conduct 5G SA trial with Chubu Telecommunications in Japan
Next articleChina aims to triple the number of 5G base stations by end-2025: Report

‘They’re in danger of losing 5G’: Swarmio Media’s CEO on 5G and telcos becoming a ‘gateway’ for gamers