RCR Wireless NewsIntelligence on all things wireless.
YOU ARE AT:5GWhat the webscale world needs is a consumable network operating system (Reader... 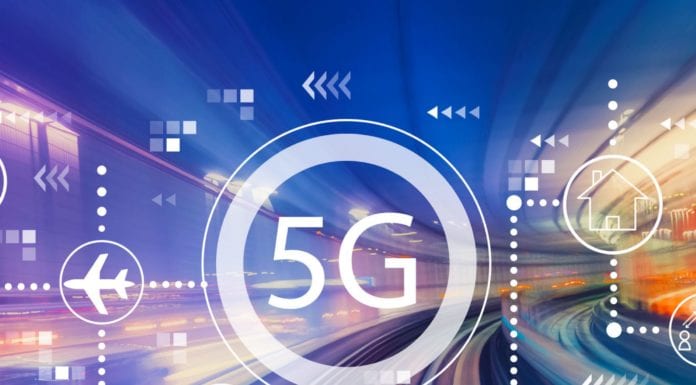 Modern data centers interconnect with each other creating the distributed cloud ecosystem that is becoming the global platform to deliver applications and services. In this ever-flexible, rapidly growing webscale world, inflexible network operating systems and management architectures are a liability. The network needs to evolve and become more consumable, adopting software practices such as Continuous Integration/Continuous Delivery (CI/CD) and DevOps that are now essential attributes for success.

The need for a new network operating system

This need is not only driven by cloud applications and 5G services: today’s networks are multi-service and demand it. In the past, the network has run according to statistical patterns. The telephone network was engineered to handle predictable long-distance traffic at predictable times. In the age of streaming video, the release of the final episode of Game of Thrones was a predictable event that could be anticipated.

With 5G, the statistical patterns will be much less predictable. The network will need to scale and carrying machine-to-machine and IoT traffic generated by Industry 4.0, autonomous transportation, smart infrastructure and more. It will need to meet highly variable and rapidly shifting traffic patterns; each application with different performance requirements. This is why automation and programmability must be part of the solution. Previous manual network engineering and operations approaches simply won’t work. Even if they were possible, the cost would make it unaffordable.

In other words, where networks once dictated the terms of what could pass over them, they now need to become consumable in much the same way that compute and storage resources are in the modern data center. Built for the cloud, the modern data center network needs to operate like the cloud. And, for that, it needs a new network operating system or NOS.

Imagine an e-commerce company with hundreds of robots in a worldwide network of automated logistics warehouses. The company needs to respond quickly to variable global demands for its products, such as a spike in orders received over the company’s e-commerce site. The network needs to scale up key functions at local edge cloud servers in each warehouse to ensure that the robots receive the time-sensitive wireless services they need to move safely at speed to fulfill orders.

The global warehouse automation management system is part of a webscale cloud service that is built using CI/CD and DevOps principles. The application is modular and extensible and can consume whatever virtual compute and storage resources it needs as its scales up and down with demand. The central DevOps team that manages the application can modify, integrate, test and deploy any part of the software, 24/7. But today, the network that supports the application is mostly a black box to the DevOps team.

The principles of a modern NOS

A modern NOS needs to be based on an open-source platform such as Linux, and network teams need to have the freedom to use whatever open-source or vendor-specific applications they need. To help achieve this, the NOS needs to embrace DevOps processes and provide a NetOps development environment so that teams can quickly and easily develop and integrate their own and third party network tools and applications.

The network must provide an assured mission-critical level of service, otherwise, the entire application could become unreliable, and potentially unsafe. Network performance must be monitored constantly. If performance falls below certain critical parameters, the network must respond quickly, spinning up new resources to ensure the reliability of the application.

Network teams must therefore be able to program the network with their intentions for the service. This means the NOS needs to implement a model-driven architecture and management with modern interfaces, using a model-based language such as YANG. Teams also need to understand what is happening in the network at any moment and respond quickly if something goes wrong. This requires much deeper and more granular visibility and understanding of network functions and performance that only streaming telemetry and deep analytics can provide.

As with DevOps environments, the mission- and business-critical aspects of the network require a digital sandbox to emulate the real network. This allows network teams to reduce risk by pre-testing configurations and applications before deploying them in the live network. To lighten the load, AI can be used to predict network deviation from intent and respond automatically to make resources available to maintain service levels.

A more available and consumable network

An open modern NOS will enable operations teams to embrace NetOps and become equal partners with their DevOps counterparts in the development and management of our increasingly automated, software-drive webscale world. It will also expand what operations teams can achieve once the network is no longer a limiter but an enabler. Network resources, especially at the edge, will no longer be static, but can be available and consumable dynamically to make cloud applications and 5G services more reliable, responsive and secure.