RCR Wireless NewsIntelligence on all things wireless.
YOU ARE AT:CarriersMidband spectrum strategies: Verizon 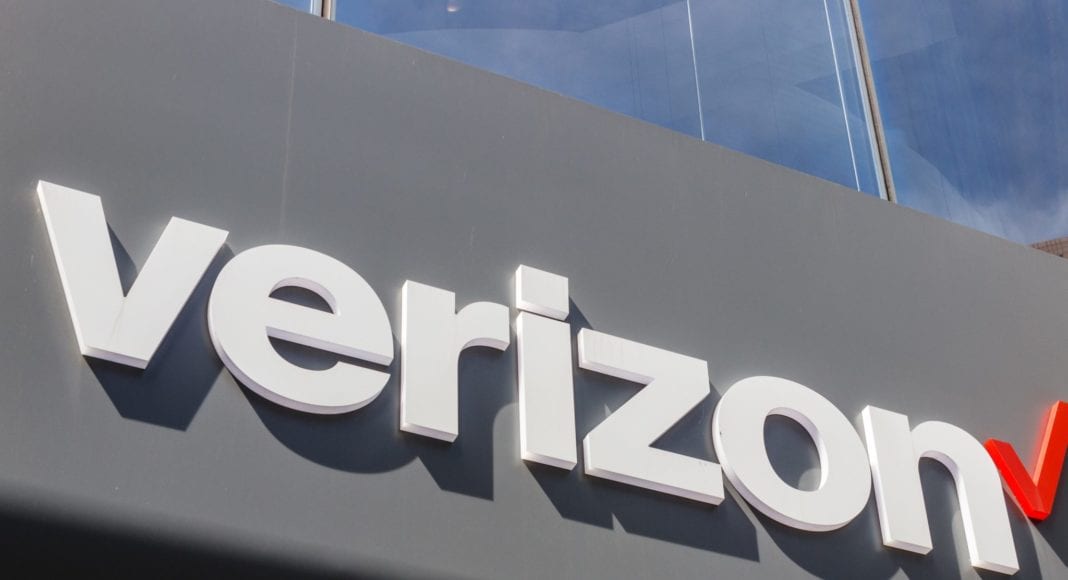 Editor’s note: This is the first in a series of three stories laying out the national mobile network operators’ plans for midband spectrum.

Verizon has made no secret of where the future of its network lies, and that is closely tied to its new midband spectrum holdings. The carrier was the biggest spender in both the record-breaking C-Band auction, and in the Citizens Broadband Radio Service Priority Access License auction.

Including clearing costs and incentive payments, Verizon spent $52.9 billion on C-Band spectrum. It gained between 140-200 megahertz of spectrum in every market in the contiguous United States, including 60 megahertz of the A-block spectrum which will be the first to be cleared, by December of this year. Verizon didn’t just buy in urban areas: It acquired up to 200 megahertz of C Band spectrum in 158 mostly-rural markets, with which it can realize its ambitions in Fixed Wireless Access service as well as provide a more consistent nationwide experience on its network.

Within twelve months of gaining access to the spectrum, Verizon plans to cover 100 million potential customers with its C Band network, with a ramp-up period in 2022-23 to cover 175 million POPs, and coverage of 250 million+ POPs in the period of 2024 and beyond. In addition to its expected $17.5-$18.5 billion of network capital expenditures that Verizon has already provided as guidance, it will pump another $10 billion into deploying C Band over the next two years to put the spectrum into use as quickly as possible.

The company’s executive team has made the case that its C Band spending will catapult the company into a period of growth driven by 5G and unlimited plan adoption, disruption of the home broadband market via Fixed Wireless Access deployments and industrial 5G enabled by mobile edge computing — all of those with Verizon’s network as the centerpiece.

“We invested in the best portion of the C-Band in order to accelerate and amplify our multipurpose network as a service model,” CEO Hans Vestberg told investors during the company’s most recent quarterly call. “We want to be a nationwide broadband provider, and we’re going to use the access technology that is best suited for our customers in a mix of everything from fiber to 4G to 5G mmWave, C-Band, and all of that.”

CFO Matt Ellis elaborated: “This is the first time that we’ve had wireless technology, where we can drive multiple revenue streams off of the same network build, whether that be the mobility — which has obviously been the foundation of 4G, 3G, and everything since the start of wireless – but then the ability to also have fixed wireless access, to also have the public mobile edge compute, all coming off of that same network build, that same network investment, we think gives us the opportunity to provide a very good return on the investment that we’ve made in both C-Band and mmWave.”

Vestberg went on to say that the carrier is on track to build its planned 7,000-8,000 C-band-ready sites by the end of this year; that first phase of deployment is taking place on existing Verizon infrastructure. Ellis indicated that spectrum clearing in the band is also on track.

About 20% of Verizon’s wireless phone user base now has 5G-capable devices in-hand, and the “majority” of those are C-Band capable, Vestberg added. As the company expands its 5G Home service, the carrier also plans to introduce a new home router that is C-Band compatible. In the first half of this year, Verizon spent more than $160 million in C-Band related capex.

While Verizon’s enormous investment in C Band spectrum has somewhat stolen the show, the carrier was also the biggest spender on CBRS PALs auction (although Dish Network nabbed a higher number of individual licenses). Verizon put nearly $1.9 billion on 557 PALs in 157 counties, buying pricey licenses in places like Los Angeles county, CA where the cost of a single PAL was $52 million; but also in other small-to-mid-sized markets around the country, typically buying at least three PALs in the counties where it did buy. CBRS has been a project for Verizon since its inception, and the carrier has wasted no time in lighting up CBRS sites.

Testing of Verizon’s CBRS-specific deployments shows just how much the additional spectrum can boost performance. In a March 2021 report that took a deep dive on Verizon’s use of CBRS in the city of Philadelphia, benchmarking company Rootmetrics said that Verizon’s expanded use of CBRS spectrum led to faster overall network speeds for the carrier. “The speeds we recorded for Verizon entirely on its mid-band 3.5 GHz CBRS spectrum were incredibly fast and much faster than its non-CBRS speeds,” the report said. Using the Samsung Galaxy S20 for the testing, Rootmetrics said that it achieved median download speeds in CBRS versus non-CBRS spectrum of 135.1 Mbps and 64.2 Mbps, respectively. Peak speeds were even more impressive: 692.1 Mbps in CBRS spectrum and 404.9 Mbps in non-CBRS spectrum. Rootmetrics also provided some insights on Verizon’s CBRS deployments, which expanded significantly during 2020. Rootmetrics tested 125 cities in the second half of last year and observed CBRS spectrum in use on Verizon’s network in 70 metropolitan areas, up from 41 cities in the first half of 2020. Rootmetrics also noted that Verizon has been using GAA since well before the PALs auction: It recorded Verizon using GAA CBRS in eight of the 55 markets that it tested before it had to pause its first-half 2020 testing due to the pandemic. After Memorial Day, its testing teams saw Verizon using GAA in 33 out of 70 cities tested.

Bill Stone, Verizon’s VP of technology development and planning, said that the majority of Verizon’s CBRS deployments to date have been focused on using the spectrum as a capacity tool to improve the customer experience. “We’ve been very successful in deploying CBRS across many parts of the network, with many cities across the country … and we are finding that it works very well to enhance capacity at our small cell and to some extent even macro cell solutions,” he said. “There is certainly interest in using it for multiple use cases, so we’re also planning to use CBRS as part of our strategy to in-building deployments, and that fits into our longer-term plans as well with private networks and on-site networks.”

Looking for more insights on the midband spectrum landscape? Check out the RCR Wireless News webinar featuring Aurora Insight, Analog Devices and LitePoint, and download our editorial report: Minding the Midband: Trends, momentum and deployment in the U.S.