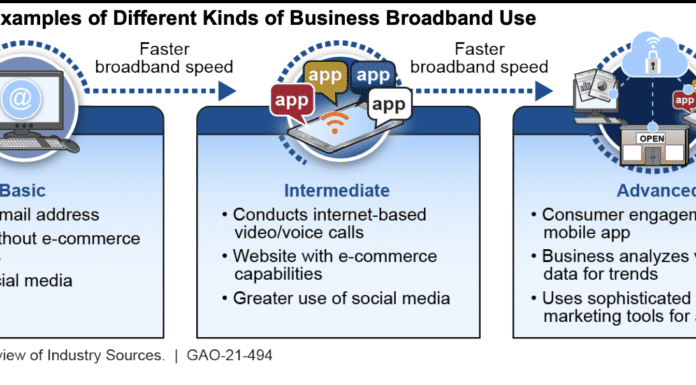 For years, the Federal Communications Commission (FCC) considered the broadband minimum benchmark speed for small businesses to be 25 megabits per second (Mbps) for downloading and 3 Mbps for uploading. However, a recent report published by the United States Government Accountability Office (GAO) confirmed what the pandemic has already made clear: 25/3 Mbps is just not fast enough. In response, the FCC has agreed to go back to the drawing board and reanalyze small business broadband speed needs with the intent to incorporate the results into a new benchmark for broadband.

But, as Shrihari Pandit, co-founder and CEO of NYC-based Stealth Communications, pointed out to RCR Wireless News, a new minimum will mean that ISPs will have no choice but to bolster their capabilities, which could prove costly and time consuming.

“Anything you want to do now on the internet requires a modern internet connection and 25/3 Mbps is really going back to the 90s or the 2000s era,” he began, adding that the Biden administration’s infrastructure bill might provide additional funds for telecom firms to make the needed improvements.

The Biden administration has proposed as much as $100 billion to provide broadband to every home and business in America, with a heavy emphasis on fiber. There are multiple federal funding programs that target broadband, but one of the most important programs already underway is the Federal Communication Commission’s (FCC) Rural Digital Opportunity Fund (RDOF), which will award $9.23 billion in its first phase of funding in support of high-speed rural broadband deployment, with service tiers ranging from the current, possibly soon-to-be-changed minimum of 25/3 Mbps and up to gigabit speeds.

Pandit, taking a step back, also shared that he hopes the infrastructure bill won’t be used to primary fund a few, larger providers.

“What that would be doing is paying for the build out of just those providers’ fiber infrastructure,” he said, adding that he is hoping for funding for neutral infrastructure, similar to what is in place in the New York City market.

“The New York City market has been quite successful because there are these neutral underground conduits that allow multiple ISPs to run cables up and down streets with ease. That basic infrastructure has allowed for a very competitive and robust marketplace,” he explained further. “If the U.S. were to build neutral utility poles or underground conduits connecting towns and cities, like an interstate highway, that would reduce cost and allow providers to easily pull their fiber optic infrastructure to homes, businesses and wireless towers.”

Because the large carriers are the only telecoms companies with right-of-way agreements for infrastructure across the U.S., Right now, it is extremely challenging and expensive for new companies to get into the business of laying cables, which stifles competition.

“Having a marketplace of providers can take a long time to develop on its own,” argued Pandit, “but with government intervention, laying that highway system for fiber optics could speed that process up significantly.”