RCR Wireless NewsIntelligence on all things wireless.
YOU ARE AT:PolicyFCC set to grant Ligado its long-awaited permission for a 5G network,... 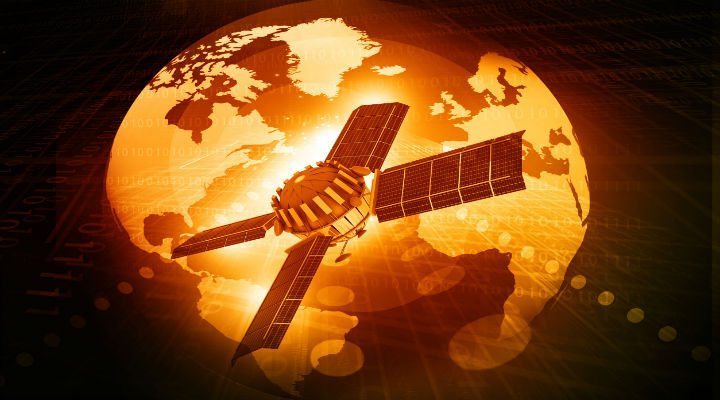 FCC set to grant Ligado its long-awaited permission for a 5G network, over Pentagon pushback

The Federal Communications Commission is set to vote on granting Ligado Networks permission to use its midband spectrum holdings to deploy a combined satellite-and-terrestrial network for private 5G and industrial internet of things services.

The FCC said it was circulating a draft order to approve Ligado’s long-awaited request, which first came before the agency in 2015. News of the draft order garnered praise from industry organizations. But it may not sit well with the Department of Defense and others who rely on Global Positioning Systems, who have argued that the changes to Ligado’s operations will impact their ability to use adjacent GPS bands.

FCC Chairman Ajit Pai expressed support for the modification, which according to a release from the FCC, would “both promote more efficient and effective use of our nation’s spectrum resources and ensure that adjacent band operations … are protected from harmful interference.”

“After many years of consideration, it is time for the FCC to make a decision and bring this proceeding to a close,” said Pai. “We have compiled an extensive record, which confirms that it is in the public interest to grant Ligado’s application while imposing stringent conditions to prevent harmful interference. The draft order that I have presented to my colleagues would make more efficient use of underused spectrum and promote the deployment of 5G and Internet of Things services. “Although I appreciate the concerns that have been raised by certain Executive Branch agencies, it is the Commission’s duty to make an independent determination based on sound engineering. And based on the painstaking technical analysis done by our expert staff, I am convinced that the conditions outlined in this draft order would permit Ligado to move forward without causing harmful interference.” That would be achieved, he added, through a combination of a 23-megahertz guard band made up of Ligado’s spectrum, commitments from the company that it would reducing the downlink power operations by 99% from what it originally proposed in 2015, and terrestrial use only at 1526-1536 MHz, 1627.5-1637.5 MHz, and 1646.5-1656.5 MHz bands. The order would also require Ligado to report its base stations and technical operating parameters to government and industry stakeholders before it begins operations, monitoring its base stations’ transmit power, and responding to “credible reports of interference,” including rapid shut-down of operations.

Ligado wants a modification to its existing licenses, which cover 40 megahertz in the 1.6 GHz band, adjacent to some high-precision GPS users. In 2015, Ligado asked the FCC for permission to use a combination of satellite and terrestrial technologies to provide wireless services. It has said that it plans to deliver “first-of-its-kind, seamless satellite and terrestrial connectivity enabled by this spectrum to deliver 5G and Internet of Things services to industrial customers via custom private networks.”

Last June, the company filed a petition asking the FCC to act on its request under under Section 7 of the Communications Act, which says that the FCC must determine within one year whether a new product or service is in the public interest and take action accordingly.

“Since the very beginning of its long, comprehensive and collaborative analysis of the technical issues presented by Ligado’s application, the FCC’s dedicated staff has repeatedly shown its commitment to science-based, engineering-driven decision making, and Chairman’s Pai’s circulation of the order regarding our license modification applications is the most recent example of this,” said Doug Smith, Ligado’s president and CEO, in a statement. “The central importance of mid-band – especially our lower mid-band – to 5G is well-known. As Ericsson and Nokia technical studies on our proposed network deployment have shown, the superior propagation characteristics of our spectrum will improve mobile 5G coverage – both outdoor and indoor – and in doing so, accelerate the deployment of 5G networks. Ligado is committed to the twin goals of protecting GPS while delivering highly secure and ultra-reliable communications to accelerate next-generation technologies and the industrial internet of things. We urge the FCC to work together now to make this a reality as soon as possible.”

Sen. Mark R. Warner (D-VA) issued a statement in support of the FCC’s draft order. Ligado, Warner noted, is based in Virginia. He said that company “has endured years of back-and-forth as the issue has been studied and re-studied,” and urged the FCC to approve the draft order.

“Throughout the history of commercial mobile communications, the U.S. has been solutions-oriented, favoring evidence-based testing and technology innovation to promote efficient spectrum usage,” Warner said. “As the U.S. works to lead the world in 5G innovation – and as we work to promote wider coverage here in the U.S –  it’s all the more important to ensure valuable mid-band spectrum is put to use.”

CTIA and WIA also were among the organization issuing statements of support for the FCC draft order.

But satellite and GPS users continued to insist that, as put in a letter from a coalition of aerospace, satellite and weather information users, the “grant of Ligado’s applications will have substantial, costly, and far-reaching implications for federal and non-federal operations alike.” That group had asked the FCC to terminate the proceeding rather than grant Ligado’s request.

As a recent filing from the National Telecommunications and Information Administration says, the U.S. Air Force and other federal executive branch agencies also still believe that granting Ligado’s request will harm Department of Defense operations.

“It is DoD’s position that FCC approval of Ligado’s license modification would cause unacceptable operational impacts to the warfighter and adversely affect the military potential of GPS by negatively impacting GPS receivers,” according to a memorandum including in NIST’s filing from the DoD’s Interdepartment Radio Advisory Committee. “The mitigation measures Ligado has proposed are impractical and un-executable in that they would shift the risk of interference to, and place enormous burdens on, agencies and other GPS users to monitor and report the interference. Moreover, Ligado’s mitigation proposals would not protect the vast majority of GPS receivers, such as airborne uses, that are not restricted to specific defined areas of operation such as military installations.”

The memorandum noted that by 2024, the DoD will have put more than $15 billion since 2000 into maintaining and modernizing its GPS operations, and that “almost every GPS receiver fielded throughout the DoD joint force potentially could be adversely affected if Ligado’s proposal is approved.”