RCR Wireless NewsIntelligence on all things wireless.
YOU ARE AT:WirelessAmerican Tower completes acquisition of nearly 9,000 telecom towers in India 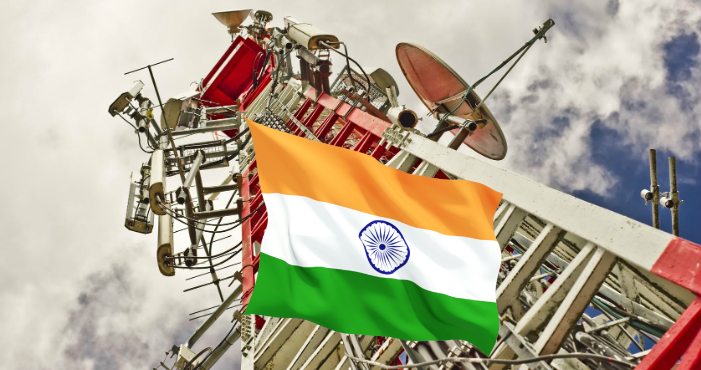 American Tower currently operates around 68,000 towers in the Indian market

American Tower (ATC) has expanded its footprint in India through the completion of the acquisition of Indian carrier Idea’s tower business.

The local subsidiary of ATC has acquired a portfolio of around 9,000 towers in India for 40 billion rupees ($597.2 million). Idea said the portfolio of towers had a tenancy ratio of 1.80x as of September 2017.

The transaction was part of the anticipated merger between Indian carriers Idea and subsidiary Vodafone India, which is expected to create India’s largest telecoms operator with an estimated 430 million subscribers.

After this recent acquisition, ATC now operates some 68,000 towers across India. The company has already acquired Vodafone India’s portfolio of around 10,200 telecommunications towers. “We  closed on our acquisition of the Vodafone tower portfolio in India, at the very end of the quarter, adding over 10,000 sites to our portfolio and further solidifying our position as a leading independent tower operator in the market,” ATC’s EVP and CFO Tom Bartlett said in a previous conference call with investors.

Under the terms of the deal, ATC’s majority-owned subsidiary in India, also known as ATC Telecom Infrastructure Private Limited or ATC TIPL, will have both Idea and Vodafone India as customers.

Idea Cellular added that after the completion of the merger with Vodafone India, 6,300 co-located tenancies of the two operators on the combined tower portfolio will turn into single tenancies over a period of two years without the payment of exit penalties.

“Both Vodafone India and Idea Cellular as customers, and ATC as a vendor, have agreed to treat each other as long term preferred partners, subject to existing agreements,” Idea said.

The sale of Vodafone India’s towers doesn’t take Vodafone out of the tower market in the Asian country, however. Vodafone still has a 42% stake stake in Indus Towers, which is the world’s largest tower company with a portfolio of more than 120,000 towers; that stake was not part of the Vodafone India/Idea merger deal.

In April, Indus Towers and Bharti Infratel had agreed to merge their operations in a deal that will create the world’s second-largest mobile towers company

The new company will have 163,000 towers across 22 telecom service areas in India. The entity will have an estimated equity value of $14.6 billion. The world’s largest tower company is China Tower, a joint venture established by China Mobile, China Unicom and China Telecom.

Facebook
Twitter
Linkedin
Previous articleAT&T CEO: Sprint/T-Mo have a ‘tough hill to climb’ on merger
Next articleZTE could pay up to $1.7 billion to the US government to resume business