RCR Wireless NewsIntelligence on all things wireless.
YOU ARE AT:5GEricsson's margins surge as cost-cutting pays off, despite falling sales 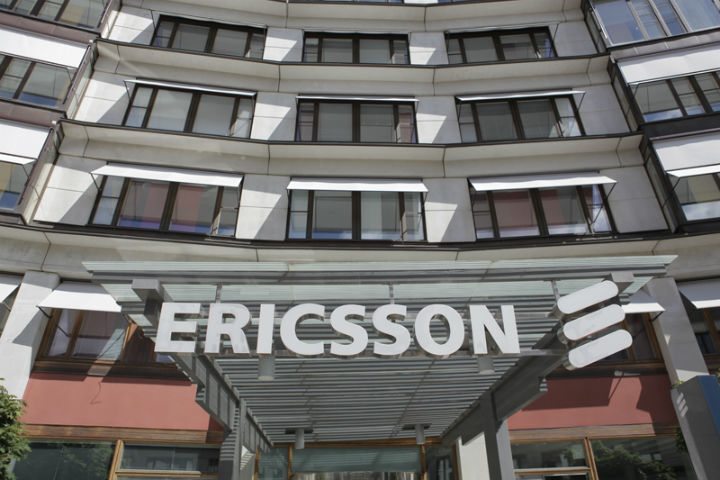 Ericsson’s margins surge as cost-cutting pays off, despite falling sales

Sales at Ericsson slip as cost-cutting pays off.

Swedish vendor Ericsson saw its gross margin jump to 34.2%, from 15.7% a year ago, as its continued cost-cutting started to pay off. Revenue slipped 9%, to SEK43.4 billion (US$5bn) in the period. The company said it was confident of increasing its market share with 5G sales through 2018 and 2019.

Börje Ekholm, president and chief executive at Ericsson, said the company was on the right track, but needs to do more. “The improvements in the quarter are encouraging. However, more work remains to be done. We have confidence in the strategic direction laid out and remain fully committed to our long-term targets,” he said.

Ekholm refused to be drawn on whether the US ban on companies selling raw materials to rival vendor ZTE will benefit its own performance in the market, although he acknowledged operators were asking questions. “Our focus has to be on having a competitive portfolio in the market. That’s the thing we can impact. Then we will see what the consequences of this are,” he said.

At the same time, he noted continued momentum in LTE upgrades and early 5G-related deployments, and said Ericsson is hopeful of an improving share of new 5G contracts. In particular, the company is seeing “renewed interest” in its portfolio in the US, he suggested. “We see positive momentum in North America, which comes from preparing networks for 5G.”

He added: “The data traffic our customers see in the network on a global basis doubles every 18 months. That will continue, and drive demand for equipment. We see a renewed focus on network quality and user experience. That is a global phenomenon – operators are starting to upgrade capacity to fulfil demand.”

Ericsson said it will hit its original target to slash costs by SEK10 billion (US$1.2bn) by the middle of 2018, having already removed SEK8.5 billion (US$1bn) from the business. The company has axed 20,400 jobs since the end of 2016, including 3,174 net job losses in the last quarter – despite adding 500 engineers in the period.

Its total workforce, including contractors, stands at 110,276, from 130,840 in the fourth quarter of 2016. “Cost is something we have to work on continuously. We have to have that mind-set – that we will continuously improve our cost position, even after mid-2018,” said Ekholm.

Quarterly net sales declined from SEK47.8 billion (US$5.7bn) to SEK43.4 billion (US$5bn) in the 12 months to March 31. The 9% reverse follows a 12% decline in sales in the fourth quarter. Sales declined by 10% in its networks business, with lower LTE investments in China and early completion of major projects in South East Asia, notably.

Network sales increased in Latin America, as well as parts of Europe. Network modernisation in the Middle East and Africa also saw sales rise. In North America, sales rallied with investment in network expansion and early “5G readiness” deployments driving currency-adjusted numbers, at least, up by 6%.

Sales of digital services declined by 9%. Ericsson claimed some momentum for its 5G-ready and cloud-native products, with major customer wins in the quarter. But sales of new products could not compensate for the decline of legacy items in the period, it said.

The Swedish vendor’s operating income improved, from a SEK11.3 billion (US$1.34bn) loss a year ago to a slight reverse of SEK0.3 billion (US$36m) for the three months to the end of March. The improvement was all down to the impact of its cost-cutting, with operating expenses falling from SEK18.9 billion (US$2.24bn) to SEK15.3 billion (US$1.81bn) and gross margin jumping in tandem.

“Looking ahead, we expect the rapidly increasing focus on 5G to continue, with initial business discussions focusing on enhanced mobile broadband. We continue to work closely with customers to define the optimal business models to enable them to tap into new revenue streams and capture the full value of 5G,” said Ekholm.

Most of Ericsson’s business in the first quarter was in the Americas. Its regional groupings put Europe and Latin America, as a single entity, first, with 30% (SEK13.1 billion) of total sales, up 7% in the period, mainly because of network sales in Latin America.

Ekholm pointed to moves by operators in the Middle East to modernise their LTE networks. The Middle East and Africa contributed 13.4%, rallying 8% overall. Sales in North East Asia fell hardest in the period, down 39%; it contributed 7.8% of total sales.

Ekholm said of the Chinese market: “We knew it would taper off as it completed the build-out of 4G networks. And that’s what we have seen. That was to be expected. If look at number of nodes, more than half of the global market is in China, but at some point you reach the coverage and capacity you need.”

Facebook
Twitter
Linkedin
Previous articleThe Roadmap to 5G
Next articleAnalyst Angle: Why the merger of T-Mobile and Sprint will succeed this time