RCR Wireless NewsIntelligence on all things wireless.
YOU ARE AT:5GSK Telecom says 5G will be key for autonomous cars development 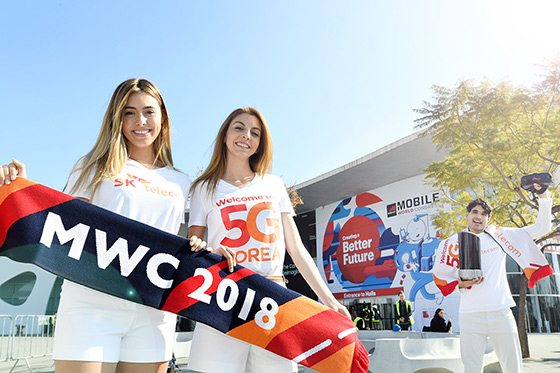 BARCELONA- Korean telecommunications operator SK Telecom said 5G technologies will be essential for the future development of autonomous driving capabilities, the telco’s SVP for software and R&D, Kang-Won Lee, said during a presentation during the 2018 Mobile World Congress taking place in Barcelona, Spain.

“Current cars have a lot of sensors but their range is limited. LTE infrastructure is good for regulator communications but when it comes to controlling the behaviour of the vehicle it could be actually a problem,” the executive said.

“With 5G technology, you will have a very short latency, which will allow sensors to stop the car very fast if there is an incident. This cannot happen with 4G technology,” he added.

He also stressed that 5G technology will allow drivers to have more capabilities in terms of throughput, bandwidth and response time. “This is key as the car will need to update its status with what it sees in the surroundings in order to provide warnings.”

The executive said that the telco is currently testing autonomous driving capabilities in K-City, a pilot city for self-driving, in partnership with the Korea Transportation Safety Authority (KOTSA).

At the site, the telco deployed 5G infrastructure, including test network with 20 Gbps download capacity, which allows downloading a 1GB video file in 0.4 seconds, a 5G communications control center that transfers data to a test vehicle in less than 0.001 second, and 3D HD map with high accuracy of less than 20cm.

Also, in September last year, SK Telecom had announced the completion of a successful trial of a self-driving vehicle as part of the telco’s efforts in the autonomous and connected vehicle segment.

The vehicle demonstration took place on the Gyeongbu Expressway, the most heavily travelled expressway in Korea, and the vehicle traveled approximately 26 kilometers at a speed of up to 80 kilometers per hour (50km/h on average). The telco explained that the car’s software has been designed to not exceed that speed in accordance to the government regulation on test-driving of autonomous vehicles.

In July 2017, SK Telecom has received a license from the Ministry of Land, Infrastructure and Transport for testing its autonomous driving car on local roads. SK Telecom’s Vehicle Tech Lab has been working closely with diverse partners, including a team from the Seoul National University and LG Electronics, to develop self-driving technologies such as artificial intelligence computer, sensors, communication and route determination/tracing.

Earlier this week, SK Telecom announced the acquisition of Switzerland-based ID Quantique, which provides quantum-safe cryptography solutions. The telco said the acquisition was to ensure security in the hyper-connected 5G era.