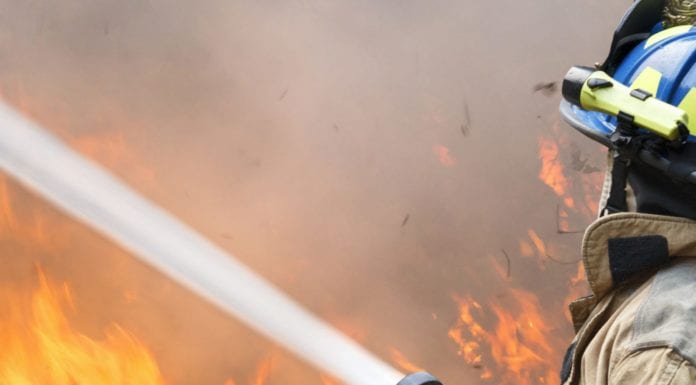 Push-to-Talk is on a rebound. Siyata Mobile is filling an important space in the changing wireless industry where there is a growing demand for PTT services. Some users and companies need this service, but had no place to turn. Siyata is focused on filling that need. Now, they are partnering with Uniden and are offering the UR7 Hulk handset, which is an Android PTT device.

They tell me this is a rugged clam shell IP67 Android 7 device with 2 GB RAM. It has a touch screen which supports Glove mode. It has a Qualcomm Snapdragon chip set, an external display and a dual speaker for clear and loud PTT service. The M7 headset connector has its own external ring for improved fastening of the headset.

The PTT space has millions of blue collar workers and first responders that don’t need or want a fancy Apple iPhone or Samsung Galaxy. Instead they are looking for a basic, rugged device, that is Android, has hard keys and supports PoC as well as other applications.

Siyata Mobile saw the hole in the marketplace. They saw the need for PTT services. This is needed for commercial fleets, first responders, police, busses, military, trains, taxis, oil, gas, mining and many other businesses.

Push-To-talk is a wireless service needed by many different industries and sectors. And this time, PTT by Siyata Mobile is digital, not analog. Plus, it’s a Google Android smartphone. This combines Android with PTT.

This Uniden device is supported by major North American bands including 4G/LTE and FirstNet Band 14, for the First Responders network. This offers 4G speed and they say it has crystal clear cellular call quality. It also has background noise cancellation which many blue-collar workers and first responders need. This device even has SOS buttons and a touch screen.

The UR7 Hulk, uses the Android 7.1 Nougat operating system, and is built for rugged environments like first responders, construction workers, security guards, mining, forestry and a variety of other mobile workers in many industries. This device gives enterprise customers the ability to quickly connect with a single worker or a group with the push of a button.

Marc Seelenfreund, CEO and Chairman of Siyata Mobile says, “We are very pleased with the continued strong reception the U7 HULK has received since we announced the device two months ago. We believe the U7 HULK is a great complement to our current portfolio of next generation devices that support Push-to-Talk Over Cellular (PoC) and are excited to continue our aggressive growth profile in 2018 and beyond”

AT&T chosen by US Department of Commerce to build FirstNet

FirstNet is within the US Department of Commerce and is designed to give first responders the ability to communicate, save lives and protect communities throughout the USA. It selected

AT&T to build the FirstNet network, which is a nationwide wireless broadband network built for first responders.

This is exactly what America needs in these uncertain times. It creates a communications system that public safety needs for their day-to-day operations to protect us all.

As FirstNet rolls out, public safety vehicles will be required to upgrade their legacy LMR and Two-Way-Radio gear with PoC that is Band 14 compatible. CCS Insight predicts the market for these kind of rugged handsets will increase by twenty-five percent this year to 22.2 million units. They also expect this market to continue to grow to 54.5 million units by 2021.

As you can see, the PTT market is on a rebound both for the business marketplace and the rapidly growing FirstNet marketplace. Both have a need for this new. Expect to hear more about PTT as its profile continues to rise as we move forward in wireless and with FirstNet.