RCR Wireless NewsIntelligence on all things wireless.
YOU ARE AT:BusinessRima Qureshi follows Hans Vestberg in move from Ericsson to Verizon 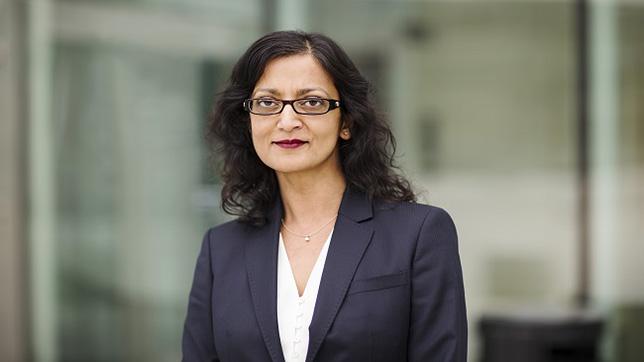 Last year former Ericsson CEO Hans Vestberg, now in a key leadership role at Verizon, left the top spot, which he held for seven years out of a total of 28 with the infrastructure vendor. The context of his departure involved declining revenues, job cuts and increasingly active board members.

Then, in March, Verizon Communications announced an operations restructuring focused on a trio of business segments, with Vestberg heading the carrier’s network efforts on Wi-Fi, fiber, 4G and 5G technologies.

The restructuring took effect in April, with operations focused under Media and Telematics; Customer and Product Operations; and Network and Technology operations. Verizon said the move would allow it to “better serve rapidly changing customer needs and accelerate the deployment of next-generation technology.”

Now, Rima Qureshi, former president of CEO of Ericsson’s business in North America, has taken the role of executive vice president and chief strategy officer for Verizon Communications Inc., reporting directly to company Chairman and CEO Lowell McAdam. Qureshi takes on the new role beginning on Nov. 6. She takes over for Roy Chestnutt “who previously announced plans to pursue interests outside Verizon, and will depart by the end of the year,” according to the service provider.

From McAdam: “We thank Roy for his leadership and strategic focus, which have helped transform Verizon into a major player in next-generation markets. The addition of Rima is another game-changer for Verizon. She’s a visionary leader, with a global perspective and a thorough understanding of our industry and where it’s headed.”

Before taking Ericsson’s top spot in North America, Qureshi was chief strategy officer and head of M&A. She also serves as a board member for MasterCard Incorporated and Great West Lifeco Inc.