RCR Wireless NewsIntelligence on all things wireless.
YOU ARE AT:FundamentalsFive SD-WAN technology leaders 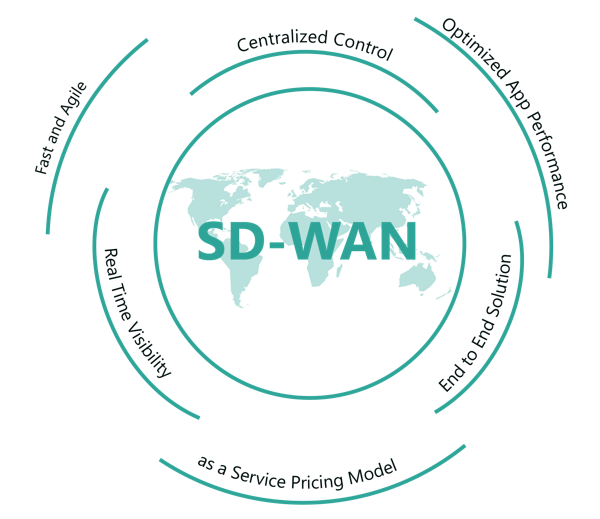 Service providers are launching software-defined wide area network (SD-WAN) solutions at an increasing pace. Market intelligence provider IDC projects the SD-WAN market will expand from $225 million in 2015 to $1.19 billion by end of 2017. Given the number of SD-WAN services available today, choosing the right one can feel overwhelming. In an effort to simplify the process, the following is a list of some of the most notable software defined-networking (SDN) companies and technologies.

Cisco provides multiple SD-WAN services, including Intelligent WAN (IWAN), Meraki SD-WAN and most recently, Viptela’s SD-WAN solution. IWAN is a set of traffic control and security features for WAN, providing IT departments with visibility, and control over the network from a seven layer vantage point. Cisco Meraki networking products are tailored for cloud management, equipped with powerful hardware to handle all the devices and applications on today’s network. And Viptela’s SD-WAN is an open software-based solution that can be deployed as an on-premises workload or in the cloud. The company is expected to combine its management tools onto a single platform that is compatible with each SD-WAN.

VMware NSX is a security platform that virtualizes networks for software-defined data centers (SDDC). With VMware NSX, network functions like switching, routing and firewalls are integrated into a hypervisor and dispersed across the environment. Users can create various virtual networks with different requirements. Data center operators can leverage the technology to achieve a degree of agility and security unmatched by physical networks. Since the virtual network only uses the existing physical network as a IP backplane, provisioning network services and software simplifies the underlying network.

VeloCloud is seeing good adoption of its cloud-based architecture, which takes the functionality out of hardware and moves it into software running in the cloud. The technology gives businesses enterprise grade performance, visibility, and control over their internet broadband and private links. With VeloCloud, application packets move across optimal paths and correct network glitches automatically. What makes VeloCloud unique is it is the only vendor in the market to run SD-WAN as a Service. TMC recently granted VeloCloud the 2017 Communications Solutions Product of the Year Award.

While Citrix’s NetScaler SD-WAN is beginning to pick up traction. The technology provides an enhanced web application experience for both mobile and desktop. NetScaler is an application delivery controller (ADC), which optimizes the delivery of cloud services by detecting and responding to changes in the network. This enables applications to run up to five times quicker, reduces application ownership costs attached to server offloading, and ensures applications are accessible alongside its application load balancing capabilities. Click here to learn more about SDN.