RCR Wireless NewsIntelligence on all things wireless.
YOU ARE AT:CarriersThe FirstNet core question: Can states build their own? 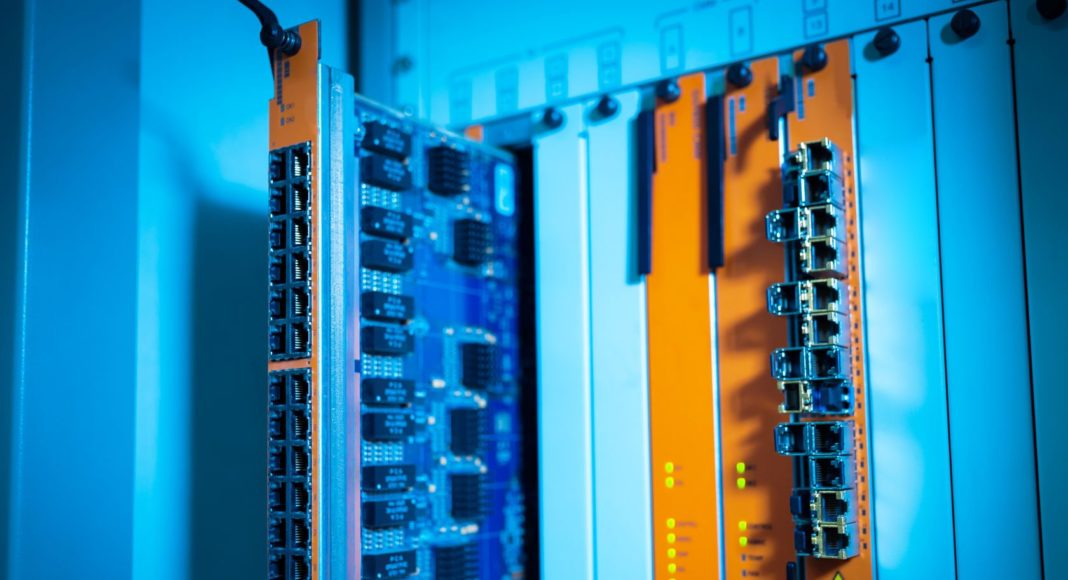 The FirstNet core question: Can states build their own?

Verizon has asked the Federal Communications Commission to answer a question that the FCC neatly side-stepped when it laid out its guidelines for states wishing to opt out of the national First Responders Network Authority build by AT&T: can states build and operate their own network cores that would interoperate with the FirstNet core?

The statute which established FirstNet is very clear that states can run their own Radio Access Networks, which must be interoperable with the national FirstNet network — but it’s not so specific about core network operations.

“Many commenters agree that to achieve Congress’ and the FCC’s goal of allowing states their ‘meaningful exercise of options,’ states should have the same flexibility as FirstNet to select partners for deploying and operating such a network,” wrote William Johnson, SVP for federal regulatory and legal affairs for Verizon, in a letter to the FCC. “This flexibility must include the state’s and its partner’s ability to build and operate their own network core, which includes data centers and systems used to interconnect users to each other and to other public networks, as long as it is interoperable with FirstNet’s nationwide network.

“The Commission should confirm that states possess that flexibilty,” Johnson added. He went on to ask that the FCC “clarify that a state may deploy a separate network core”, including that the FCC’s interoperability review of alternative plans “will not be limited to a state RAN that interconnects directly with the network core built and operated by FirstNet and AT&T” as well as that “network interoperability can be achieved through alternative network configurations, including core-to-core interconnection and mutual automatic roaming arrangements that satisfy the Commission’s approved interoperability criteria.”

Verizon isn’t the only one interested in knowing. Rivada Networks argued in its commentary on the FCC’s recently approved opt-out rules that “nowhere does the [statute establishing FirstNet] specify that only FirstNet shall operate the one and only core network – or all core network elements – within the nationwide, interoperable public safety broadband network.”

SoutherLinc and the states of Alabama and Colorado also asked the commission to affirm that a state plan can include a separate state network core from the national FirstNet network core — and the commission opted to confine the scope of its review solely to the Radio Access Network and backhaul. However, the FCC declined to do so. It concluded that it “[finds] this issue to be outside the scope of our statutory review responsibility and we decline to consider it further. … Although we will not reject an otherwise qualified alternative plan that includes a proposed state core, we will limit our review solely to the interoperability of the state RAN with the FirstNet network as directed by the Act and will not examine possible RAN interconnection with non-FirstNet networks or cores.”

For its part, FirstNet has maintained that while states are authorized under the law to design and build their own RANs — which must interoperate with the rest of the national network — FirstNet traffic must use FirstNet’s core network. The FirstNet board asked for public comment on interpretation of the Middle Class Tax Relief and Job Creation Act of 2012 that created FirstNet — including the FirstNet core question — back in 2014. Ultimately, that process ended  in 2015 with final conclusions that included FirstNet’s view that “a state choosing to conduct its own deployment of a radio access network … must use the FirstNet core network to provide public safety services within the state.”

FirstNet and AT&T released state plans in late June and so far, five states have chosen to opt in:Virginia, Kentucky, Arkansas, Iowa and Wyoming. There have currently been no official opt-outs, but states have a limited time period in which to make the opt-in or opt-out decision and are considering their options. New Hampshire, for example, awarded Rivada with an agreement to provide it with a draft alternative plan that it could consider alongside the FirstNet/AT&T plan.

On a technical level, allowing the operation of multiple FirstNet cores that must interoperate with each other poses some major challenges, according to independent telecom analyst and longtime FirstNet expert Andy Seybold. He pointed out that the expected framework for FirstNet has changed over time, evolving from discussions about a “network of networks where each state would have its own network and its own EPC, and all the EPCs would be tied together” to the national network with a single core ultimately laid out in the Firstnet Request for Proposal won by AT&T.

In the course of FirstNet discussions over the years about a multi-core approach, Seybold said, “we were informed by the people that really know this stuff, the Alcatel-Lucents and the Ericssons, that what we’d be building is a monstrosity and a mess, and that the amount of data that had to pass back and forth between the EPCs would probably kill almost any backhaul system we could put in.” That included issues such as where applications servers would reside and how databases would be updated across multiple cores in order to enable full interoperability across the country, he recalled. As a result of the complexity and potential problems, the network architecture question shifted to whether FirstNet should be based on regional systems or a national system, Seybold said; the national model eventually won out.

“Congress is made up of states, yet when they were working on the bill, they crafted it to be a nationwide network because they knew that there were lots of areas that couldn’t support FirstNet, and lots of areas that could — major cities — and that the sum of the whole would allow FirstNet to be successful,” Seybold said. “So while they provided opt-out, their main focus was really in keeping this thing together.”

Ken Rehbehn, principal analyst for Critical Communications Insights, told RCR Wireless News that the FirstNet core will also be a key feature for making FirstNet an attractive option for first responders, both because of the secure environment that FirstNet is promising as well as the overall applications ecosystem tailored to first responders’ needs. Given the level of security that FirstNet plans to enable, Rehbehn was skeptical that AT&T would be open to allowing other cores to connect to the FirstNet core.

“Where AT&T will have an edge will be with a core network, and a trusted core in terms of the security mechanisms. The ability to interconnect cores from Verizon to the FirstNet core operated by AT&T? I’m very dubious that that’s going to be allowed, from a trust perspective. There’ll be one core,” Rehbehn said. “Agencies will have to ask themselves, ‘What is the value of the core? Do we need to have our services running through that core?’ If the answer is yes, I think it’s inevitable over time that that will happen, but today we don’t really have that core in place.”

In addition, Rehbehn added, “it’s very important for FirstNet to foster the application environment that gives the network its reason to be. It’s not just about radio access.”