RCR Wireless NewsIntelligence on all things wireless.
YOU ARE AT:FundamentalsPrivate LTE as an enterprise and industrial IoT enabler 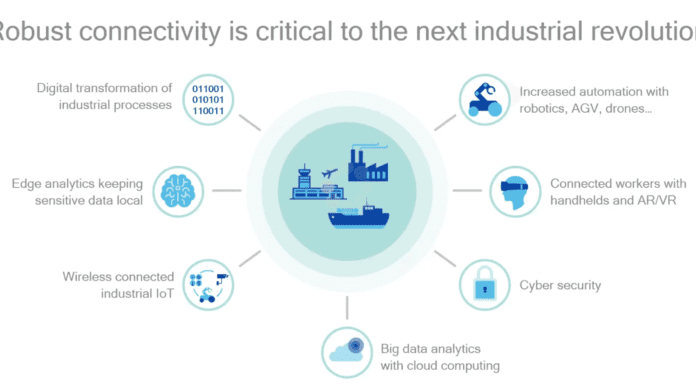 Private LTE as an enterprise and industrial IoT enabler

Digital transformation is a top priority for virtually every industry and enterprise. Supported by a reliable and robust foundation of wireless connectivity, the internet of things is poised to bring new levels of efficiency and sustainability to everything from manufacturers and utilities to airports, shipping and transit hubs and even remote industrial sites such as mines or oil platforms. As innovative new technologies and business cases come together with forward-looking spectrum regulatory policy, the reality of affordable, private IoT networks can help propel the fourth industrial revolution. In this webinar, we’re going to examine some of the technologies that can enable private LTE networks for the internet of things.

On the spectrum side, the 3.5 GHz Citizens Broadband Radio Service, or CBRS, band promises a huge opportunity for new LTE spectrum. The CBRS band is currently used by the Department of Defense and non-federal satellite service providers, but the Federal Communications Commission is working to adopt a new spectrum sharing system to allow for new users to access the valuable unlicensed spectrum. The current plan establishes three tiers of access including federal and non-federal incumbents, priority access licensees and general authorized access users. The flexible model would depend on technological coordination to manage any potential interference between users.

MulteFire is an LTE technology that can operate solely in unlicensed spectrum, which is different from Licensed Assisted Access (LAA) and LTE-Wi-Fi aggregation (LWA) in that MulteFire removes the need for an anchor tenant in licensed spectrum. The idea with MulteFire is to make deploying LTE as simplistic as Wi-Fi by leveraging unlicensed spectrum in the 5 GHz band. Simplicity and accessibility position a MulteFire small cell network, for instance, as a good option for enterprises looking to fully control connectivity while simultaneously providing multi-carrier support on a neutral host platform.

This combination of technology that supports LTE in unlicensed spectrum and the opportunity presented by CBRS sets the stage for enterprise and industrial interests to invest in private LTE networks that embolden the IoT and the digital transformation that it brings. Mehmet Yavuz, vice president of engineering for Qualcomm Technologies, has been leading the work on private internet of things networks and industrial IoT applications for LTE and 5G New Radio. He discussed the role of MulteFire, CBRS and other technologies for private LTE in a recent webinar, which is available to view here.

Yavuz noted that, depending on configuration, small cells could support 100s or 1000s of devices, including employee smartphones. “What we see in LTE networks is really great coverage for both indoors and outdoors. Security is a key part of these cellular networks. We have developed some methods with industrial partners and vendors in terms of using the same level of security mechanisms but without even a SIM card, but with some embedded secure solutions within hardware.”