RCR Wireless NewsIntelligence on all things wireless.
YOU ARE AT:5GZayo CEO: 5G is 'the big prize' for infrastructure ecosystem 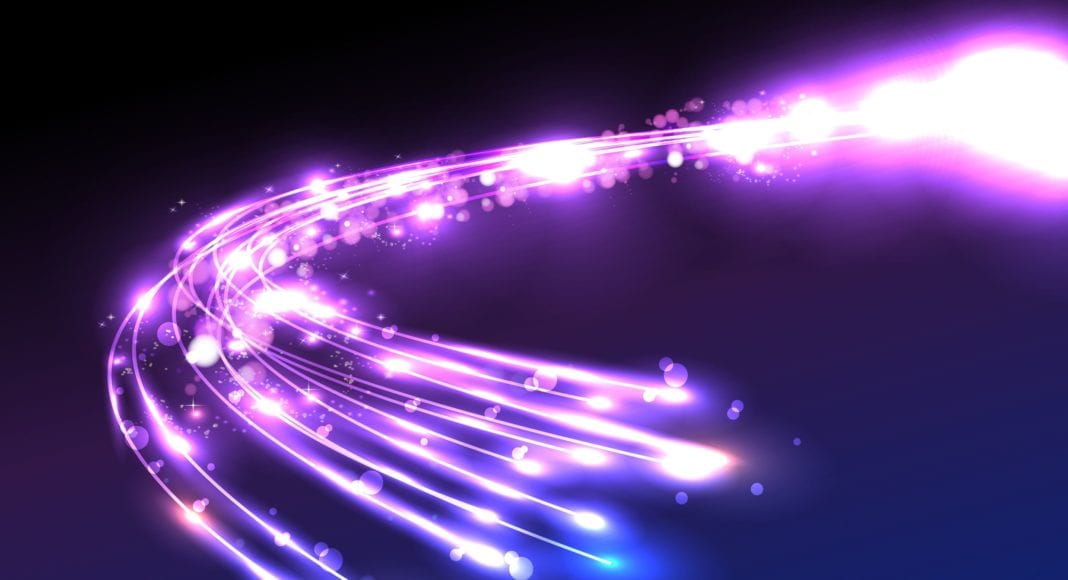 Zayo CEO: 5G is ‘the big prize’ for infrastructure ecosystem

5G success depends on decreasing time and cost of 5G deployments and, beneath it all, fiber

Speaking in Orlando, Fla., at the recent Wireless Infrastructure Show, Zayo President and CEO Dan Caruso discussed how 5G represents not just a huge revenue opportunity for the wireless infrastructure ecosystem, but also a chance to create new levels of cross-industry engagement.

“5G is what we’re all playing for,” Caruso told attendees to the annual event hosted by the Wireless Infrastructure Association. “The quicker it can happen, and the more pronounced, the better it is for everyone in this room.”

He explained that 5G, which is not yet standardized but is the subject of extensive lab and field trials, will be such an expansive economic enabler that stakeholders including carriers, content creators, fiber providers, tower, cable and data center companies can all be “winners. This isn’t a game of some people win, some people lose. The biggest winners of all are consumers…those who consume bandwidth.”

In terms of a 5G roadmap, Caruso emphasized the need for speedy and cost-effective deployments. “we have an opportunity to play together. When it comes to the deployment, how to get the infrastructure out there, there’s an opportunity to collaborate. You might think of it as teamwork.”

Specifically, he suggested that, when considering a project, companies work together “in a way that is supportive of one another with the broader goal of getting the deployment to happen cheaper and quicker.” For instance, companies could leverage construction cycles to work in parallel to make projects less intrusive, or exchange plans regarding access to rights-of-way.

Zayo offers a wide range of services including cloud computing, security, Ethernet, colocation and, as Caruso highlighted in his keynote presentation, fiber. Fiber as the foundation of current and future wireless developments took center stage at the show. ExteNet Systems CTO Tormod Larsen also discussed fiber in the context of 5G during an interview with RCR Wireless News.

“When you look at that and you see what’s happening in the industry, some of the strategies to get there is spectrum and, like I said, fiber…If you go back to the fiber piece…part of the problem with existing fiber plants out there is they don’t have enough fiber, they’re not dense enough. We need to put in a lot more money to make them viable for what we try to do. That’s what we talk to people about. You need a very dense fiber footprint and you need a lot of fiber strands to support a lot of those applications. That’s very different from fiber networks that were built for enterprise. What’s interesting at this show, you talk to traditional tower companies and tower developers and they’re all about site-by-site For us, we’re looking at a network, we’re looking at a geographic area. We’re not focused on if it’s 100 sites or 50 sites. we know it’s going to be more over time. We need a method and approach where we’re not limited. How do we kind of have an underlying grid or network to do that.”

Walter Cannon, ZenFi Networks vice president of sales and marketing, used some of his time in Orlando to further emphasize the importance of fiber. ZenFi provides dark fiber exclusively in the New York City area, and since the company was formed in 2014 has deployed more than 200 miles with a focus on integration with colocation facilities and data centers. ZenFi’s approach revolves around deploying fiber that, in addition to excess capacity, is equipped with a high volume of easily-accessible splice points.

“By creating this dense, accessible network,” Cannon said, “I don’t have to run 3,000 feet to find a splice point. If you think about the cost, people don’t realize the cost of construction and labor in any metropolitan area, not just New York City.” He said the going rate for fiber deployments is between $25- and $50-per-foot, which doesn’t include ancillary costs such as ripping up streets, repaving, incorporating power supply and the like.“The closer I can bring that splice point and more accessible I can make our cable, the better I can take costs out of the model.”