RCR Wireless NewsIntelligence on all things wireless.
YOU ARE AT:Network InfrastructureHow will AT&T's FirstNet win impact the tower industry? 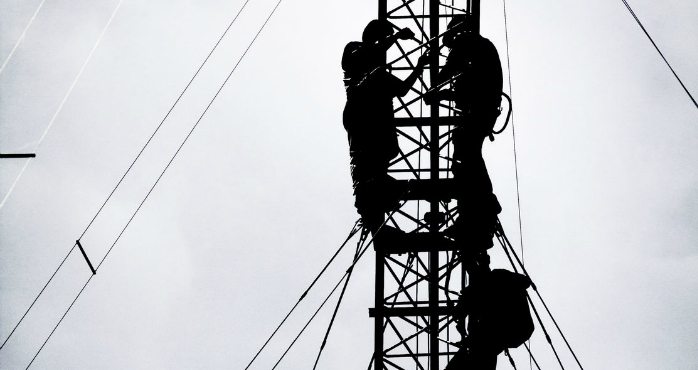 How will AT&T’s FirstNet win impact the tower industry?

AT&T is known as a cyclical spender when it comes to wireless network infrastructure, and the carrier’s $6.5 billion FirstNet award is expected to swing the spending pendulum in a positive direction. AT&T will need to add equipment to its towers to support the dedicated FirstNet spectrum, but it won’t happen right away.

Before it can start deployments, AT&T has to present a network plan to each U.S. state. These plans are due this fall, and each state will have 90 days to decide whether to accept AT&T’s plan. States that want to opt out will have another 180 days to come up with their own plans for networks that must be compatible with the national FirstNet network AT&T is building.

All this will take time. AT&T has said that 2017 capital expenditures, which include both its wireless and wireline networks, will be around $22 billion. Last year AT&T spent $22.4 billion, so management is not planning an increase for this year.

“We have seen wireless capex coming in well below consensus forecasts,” said analyst Robert Gutman of Guggenheim Partners. “However, given the award of FirstNet and completion of the 600MHz auction – we believe investors are looking through current results with the expectation of accelerating activity in 2018.”

Vertical Bridge CEO and co-founder Alex Gellman also expects 2018 to be a good year for the tower industry, and he thinks AT&T will play a big role in that. Gellman said AT&T plans to deploy both AWS spectrum and WCS spectrum at the same time it adds the FirstNet radios to its towers.

“Their focus is going to be on clearing the FirstNet hurdles, going through that process and then rolling out a program where they touch all their towers one time,” Gellman said. He expects AT&T’s activity levels to approach those seen in 2012 and 2013, when the carrier was adding LTE equipment to its macro sites.

Already, AT&T is more active on the towers than it was last year, according to InSite Wireless CEO and co-founder David Weisman. Weisman said AT&T is already gearing up to deploy some of its AWS and WCS spectrum.

“Clearly AT&T has been more active this year than they have been in 2016, which was one of the slowest years we’ve seen in recent history,” Weisman said. “They’re coming back to do amendments now. They still have to upgrade, we believe, their networks in a meaningful way going forward in the next several years.” Weisman sees the FirstNet win as further confirmation that AT&T is set to invest more in its wireless infrastructure.

“This is one more initiative that will reinforce the fact that AT&T will have to return to the market and upsize,” said Weisman. “AT&T as the winning bidder is going to have to touch the towers to deploy the FirstNet system.”

AT&T has said it will spend $40 billion in capital expenditures and operating expense over the 25-year life of the FirstNet contract. Analyst Jennifer Fritzsche of Wells Fargo said this is sure to be good for the tower industry, although the specifics of AT&T’s spending will become more clear with time.

“We believe this is $40B is a nice headline number, and likely higher than expectations, though the exact mix breakdown (i.e.: build, operate, maintain and repair) and timing remains unknown at this time,” Fritzsche wrote just after the contract was announced. “We expect AT&T will move very quickly to expedite the network build, beginning in less than 9 months, and take up to 12 months to build.”