RCR Wireless NewsIntelligence on all things wireless.
YOU ARE AT:5GFrom communicators to the holodeck, are we getting to Star Trek? 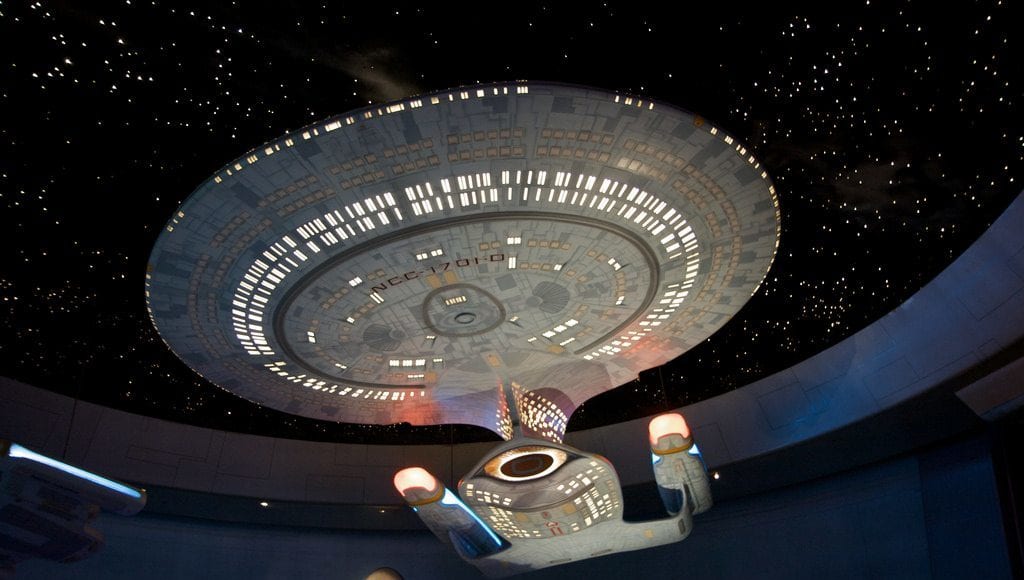 From communicators to the holodeck, are we getting to Star Trek?

5G could give us the transporter and the tricoder.

SAN FRANCISCO – Marcus Weldon, president of Nokia Bell Labs and Nokia CTO, in a presentation at the IEEE WCNC conference this week, made the case that the telecommunications industry is slowing making some of the technology portrayed in the classic sci-fi franchise “Star Trek” a reality.

The overall theme of Weldon’s talk was the creation of time as a function of automation, but also included a broad look at the evolution, past, present and future of technology.

In segueing into “Star Trek,” Weldon noted science fiction, while just that – fiction, has in some cases provided salient predictions of the arc of technology.

Take the communicator used by Captains Kirk, Picard, Janeway, whatever Scott Bakula’s character’s name was and the rest of the various Enterprise crews. “We beat the communicator,” Weldon said. “We did the smartphone.” That’s true to a point, but I wouldn’t trust my iPhone if I was running from the Borg in the Delta Quadrant – not sure if Verizon Wireless has deployed out there just yet.

“We’re beginning to do the Holodeck,” Weldon added. “We’ll do that with 360 video and VR.” As far as the replicator, often seen producing an array of food and beverages on demand, we’ve got the 3D printer.

“All of these things increased time,” Weldon said, as well as reduced waste and energy.

Now, to the transporter – you know, “Beam me up, Scotty.” In “Star Trek” this works by essentially disassembling matter, transporting it to another location then reassembling it. Weldon said, while that exact technology isn’t in the offing, mobile communications has, to some extent, made it possible to communicate over great distances, and in the future we’ll add technologies, haptics among them, that will create meaningful remote experiences while avoiding the need for physical transport.

Finally, the tricorder. Bones and his counterparts used this to scan biological materials, notably humans, to make instant diagnoses or understand the composition of alien air, for instance. “We haven’t done this,” Weldon said, “but we’re beginning to. All the future of digital health is aimed at having a tricorder-like device.”

On those last two, “These are 5G applications,” he said. “These are the two things we have yet to do that allow us to live more efficiently as humans.”