RCR Wireless NewsIntelligence on all things wireless.
YOU ARE AT:OpinionReader Forum: VoWi-Fi – obstacles and opportunities 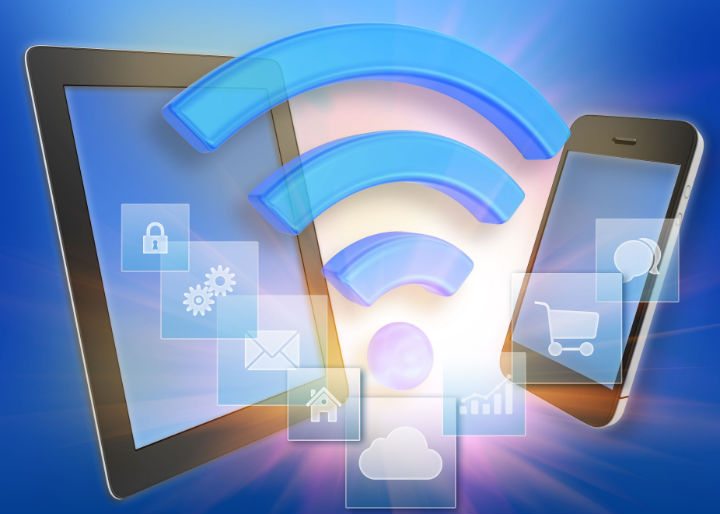 Voice over Wi-Fi has captured a lot of attention lately. A&T Mobility recently announced that it is handling 4 million VoWi-Fi calls per day, upon which T-Mobile US countered that it boasts some 22 million calls per day using the technology. Now, many enterprises and mobile operators consider VoWi-Fi an easy and cost-effective way to provide indoor mobile coverage in buildings that block macro cellular signals. But VoWi-Fi isn’t suitable for every application, nor do mobile operators want it to be. In this article, we’ll look at the pros and cons of VoWi-Fi vs. cellular voice, the best use cases for VoWi-Fi and how VoWi-Fi fits in an overall mobile service offering.

There’s no doubt VoWi-Fi usage is on the rise. According to the “Cisco Visual Networking Index: Global Mobile Data Traffic” published in February, VoWi-Fi traffic will grow from 15.7% of all mobile IP voice traffic in 2015, to 52.9% of such traffic in 2020. While mobile operators are also implementing IP voice over LTE, Cisco projects VoLTE usage will only grow from 18% in 2015, to 26.3% in 2020. The real push toward VoWi-Fi started with T-Mobile US a few years ago, but the other major operators have now jumped on the bandwagon. VoLTE deployment has also spurred VoWi-Fi because both are IP services and you can hand off the Wi-Fi connection to VoLTE when users roam from a Wi-Fi-provisioned building to an outdoor environment. Finally, handset support is critical and major cellphone platforms like Apple’s IOS and Google’s Android now natively support VoWi-Fi.

Over the past few years, VoWi-Fi technology has made great strides in call quality and reliability, and mobile operators like the technology for several reasons.

• The number of Wi-Fi hot spots is growing rapidly. Many residential units have Wi-Fi networks, and Informa estimated there would be 5.8 million Wi-Fi hot spots around the world by the end of 2015.

Among these, in-building coverage in residences and offices seems to be a major driver of operator interest in VoWi-Fi, and represents an “easy button” for mobile operators and enterprises wanting to deliver in-building wireless voice services. By relying on homeowner- or enterprise-supplied Wi-Fi hot spots, mobile operators can offload traffic from the macro network and hopefully provide superior service.

Enterprises are drawn to the solution for a number of reasons, including:

• Wi-Fi works in unlicensed frequency bands, so VoWi-Fi can be implemented without wireless operator permission or involvement.

• VoWi-Fi leverages an investment that, in most cases, has already been made by the enterprise – its Wi-Fi network – so incremental spend may be minimal.

• As long as the user has a device which supports VoWi-Fi, the service is universal – it’s not specific to any one operator, but can be used by anyone with a device that supports it and is granted access to the Wi-Fi network

On the other hand, VoWi-Fi has some inherent drawbacks that make quality of service a continuing problem.

• Mobile operators have no control over Wi-Fi networks. Wi-Fi is a “best effort” service not originally designed to support voice, and when enterprise Wi-Fi networks are loaded with data traffic, voice traffic becomes a second-class citizen.

• Wi-Fi is an unlicensed frequency (as opposed to licensed mobile cellular frequencies), so it’s subject to interference from many sources.

• There’s no transparent auto-connect for Wi-Fi calls – callers are not automatically transferred from the mobile network to Wi-Fi when they enter a building with one or more Wi-Fi hot spots. In fact, an enterprise may have VoWi-Fi for its employees, but visitors wouldn’t know the network password and wouldn’t be able to access the network.

• Maintenance is problematic. Carriers are not responsible for troubleshooting and repairing Wi-Fi networks. Instead, residential Wi-Fi users and enterprise information technology departments are responsible.

So what is the best use case? Given its potential drawbacks, the technology is better suited for residential or “small office/home office” applications. Larger buildings can implement VoWi-Fi, but it has scalability issues. For example, the number of users VoWi-Fi can support depends on what type of Wi-Fi network is in place. A 5,000-square-foot office building might have roughly 35 users, but the call capacity on a 2.4 gigahertz Wi-Fi network is four users. If the network uses 5 GHz technology, the capacity goes up to 18 users, which would be acceptable, but many of these smaller buildings still use 2.4 GHz technology.

Where VoWi-Fi fits for mobile operators

Revenue is the main stumbling block for mobile operators when they consider VoWi-Fi. Mobile operators are already facing stagnating revenue curves, and the technology doesn’t help because Wi-Fi calls are free. For this reason, cellular voice will always be the main voice service because it delivers revenue. In addition, cellular voice offers guaranteed quality of service and has high scalability to support buildings of any size.

The main attraction for mobile operators is it reduces customer churn by helping them deliver voice services in buildings that can’t get service from the mobile network and does so without requiring any capital expenditures by the operator. But it’s difficult for mobile operators to get very enthusiastic about a service that takes away from the bottom line. This is why along with supporting VoWi-Fi, most major mobile operators sell residential femtocells that bring outdoor mobile signals inside homes.

When considering VoWi-Fi, it’s important to remember that as with any solution, one size doesn’t fit all. It’s a good solution for smaller buildings with low user density, but it’s not a panacea for all in-building coverage challenges.

Integrating 5G and AI at the ‘connected intelligent edge’