RCR Wireless NewsIntelligence on all things wireless.
YOU ARE AT:WirelessA look at the progress of industrial IoT in Latin America 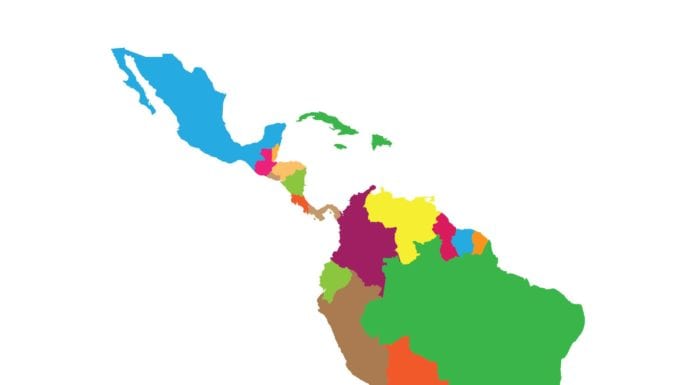 A look at the progress of industrial IoT in Latin America

The growth of the internet in Latin America has been swift in the past few years, due largely to the mobile network and smartphone boom in countries like Brazil, Mexico, Chile and Argentina, according to the Latin Post. As Cisco’s 2015 VNI report found, last year Latin America as a whole grew in IP traffic by 25%, with traffic growth of the mobile internet at 87%. But Cisco vice president Robert Pepper told the Huffington Post that the VNI report shows Latin America poised to fall behind when it comes to industrial IoT adoption.

The consensus of Cisco’s report is that internet penetration by percentage of the population across all of Latin America is at least over 50% now, which is higher than the world average, and projected to grow by around 10% over the next five years. But the growth of the region’s internet connectivity may not translate to the growth of machine-to-machine connectivity. According to Cisco’s study, Latin America isn’t expected to make much progress over the near-term in the number of connected devices.

According to a survey conducted by the Evans Data Corporation, there exists a global disparity regarding how important developers consider IoT to be. 44% of developers in the EMEA region of the survey—Europe, Middle East, Africa—said they had no interest in starting projects, with only 17% of respondents actively engaged in any project relating to the technology.

On the other hand, South America looks to be ramping up its internet of things investments. According to the report, 60% of developers in that region are planning to begin projects related to the internet of things, while 22% already do.

While Cisco’s numbers may not be reassuring, they don’t mean IoT won’t have a profound impact on regions and enterprises within Latin America. In fact, there are already a number of case studies coming out of Central and South American countries, with LPWAN deployments in full swing. Here are some recent industrial IoT reports coming out of Latina America:

Sigfox, one of the largest providers of low-power wide-area networks (LPWAN),  is working locally with partners deploying, operating and marketing its network through specialized vertical channels, according to Convergencia Latina. As part of its global expansion in the last four months they landed in Colombia (Phaxsi Solutions), Mexico (IoTNet) and Brazil (WND Brasil), and will end the year with a partner for Argentina.

“Peru and Chile are two other markets of interest,” Bertrand Rame, director of networks and operations at Sigfox told Convergencia Latina. “Today we operate in 24 countries and the plan is to reach 35 by the end of 2016 and 60 by the end of 2017. We want to offer a global service and lower cost than IoT connections over GSM technologies.”

uperCom, a provider of secure solutions for the e-government, public safety, healthcare, and finance sectors announced that its M2M division signed a $2.5 million agreement to deliver its PureLock suite – a hybrid of products and applications for the tracking and monitoring of assets customized for the transportation and cargo/freight management sector.

The agreement is with a large cargo management organization in South America to deliver PureLock solutions for cargo tracking and monitoring in various locations and transportation routes throughout the continent, with significant potential to increase the quantity and value represented in the original agreement.