RCR Wireless NewsIntelligence on all things wireless.
YOU ARE AT:CarriersKagan: Bye-bye to Google Fiber? 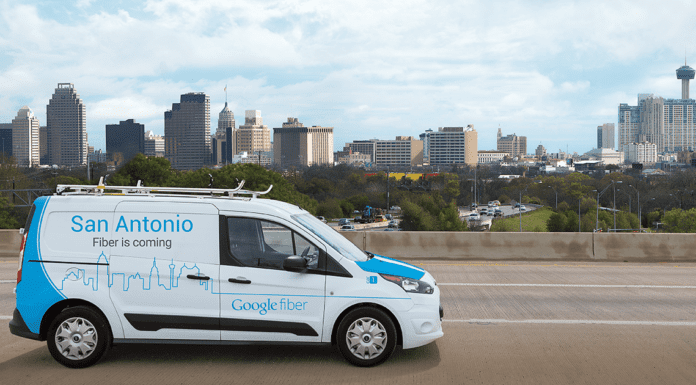 Suddenly Google Fiber seems to be struggling in the marketplace. When it started several years ago they were a hot commodity. However, as other competitors like AT&T GigaPower are rapidly rolling out in many more cities than Google Fiber, things are changing. If you recall, this is exactly what I said could happen when it launched a few years ago.

Google Fiber is an ultra-fast, gigabit speed internet connection. However, Google Fiber is not the only game in town. Actually, AT&T GigaPower offers the same ultra-fast, gigabit speed internet connection, in many more cities, to many more customers and they have many more set to be turned on in the next quarter. Plus, they have many other services which partner with it to offer the customer a richer and more advanced service.

Generally speaking, gigabit speed internet is catching on. It’s the fastest internet connection available to homes and businesses from coast-to-coast. However, this new service is just getting started. It’s not available everywhere yet. Competitors need to build in area after area before they can turn on this ultra-fast internet service.

Many, but not all competitors are moving in this direction. AT&T Gigapower is the leader. They are in the most cities and offer services to the most customers. Google Fiber is a distant second. Then all the other carriers are an even more distant third, fourth and so on.

Comcast has their eyes on this space, but they are only in a few markets so far. CenturyLink is in a couple markets. C Spire is in a couple more. And a few other competitors are testing here and there.

One surprise, we have not seen Verizon enter this space. I wonder why? Will they regret the delay? We’ll see.

Both consumers and business customers want gigabit speed internet. So do cities who see this as a must have that will put them in a leadership position compared with other cities. At least until the USA has it in all markets.

In fact, even though customers love it, most don’t need it yet. However, they love the speed, and they love being on the cutting edge. Before long, most customers will need this gigabit speed Internet.

When that happens, carriers who are leading the race right now will have a big marketplace advantage. It takes time and money to upgrade the network and implement this service. And competitors who decide to jump in will have to invest time and money before they can win customers and market share. So as always, I believe the early bird gets the worm.

With gigabit speed internet growth, why is Google Fiber having trouble?

So if that’s the case, why is Google Fiber slowing down its entry into new markets? One reason may be that customers are simply not buying from Google. Instead, they are going to competitors who offer ultra-fast internet along with their other services in a very attractive bundle.

Recently Google Fiber said it will pursue wireless connectivity. Why? I think one reason is wireless will give them the ability to roll out more quickly since they don’t have to get permission for every foot of ground they must dig up to lay their fiber.

There have also been rumors of significant staff cuts. If true, that is another potential problem. Growing companies add staff. There seems to be a growing number of curious items to consider. With all this said, what is the future for Google Fiber?

What is the future for Google Fiber?

When Google Fiber first launched, I said this was innovative, but just an attempt for Google to rattle the broadband cage and get current competitors to speed up their deployment of ultra-fast internet. While AT&T GigaPower was already revving up their engines, others had not yet done so yet. Today, there are numerous players gearing up in several markets.

A few years ago when this all started I said Google Fiber would be short lived. It was simply a message Google was sending. We don’t yet know the future of this effort since Google has not commented. However, I would not be surprised to see Google Fiber continue to slow down. They are not a service provider. That’s a completely different skill set.

I think they will continue to provide services in the few markets they are already in, for now anyway. The next question is what comes next? Either Google Fiber will use wireless to expand, or they will sell their few cities to one of the other competitors. Either way, I don’t see Google Fiber being a meaningful competitor going forward. Of course, I could be wrong. We’ll just have to wait and see.

Facebook
Twitter
Linkedin
Previous articleVerizon looks to boost ThingSpace internet of things platform with Sensity deal
Next articleSamsung and HP in $1B deal, Ericsson and Intel partner for video … 5 things to know today