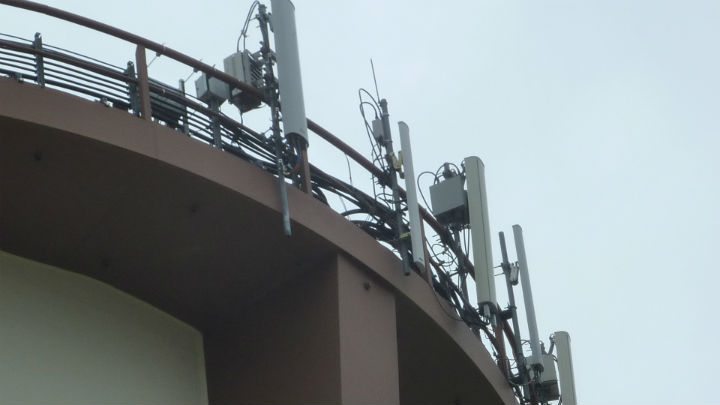 Sprint is banking on a delicate balance of cost savings tied to small cell deployments as it looks to bolster network operations while at the same time trimming expenses.
Sprint CFO Tarek Robbiati, speaking this week at the J.P. Morgan Global Technology, Media and Telecom Conference, said the carrier feels small cell deployment costs can come in at about 60 to 70% lower than traditional macro sites once all aspects of deployments are factored. However, the carrier remains committed to macro sites as part of its overall plans in migrating its current “4G” network towards “5G” technology.
“We’re building a 5G-ready network for the future, which will involve very different types of technologies,” Robbiati said. “The sites will have to be different. We will not rely solely on towers. We’re building around towers. Towers will become very important, because they’re the hook to all the smaller cell sites that we will be building.”
Robbiati explained that the approximately 50,000 cell sites most carriers operate with and the hundreds of thousands of total macro sites across the country are not enough “to do what we intend to do to identify the Sprint network.”
“So you’ve got to think differently,” Robbiati said. “And really, there’s great benefit around this, because the cost of deployment of cell sites is a fraction of the cost of the deployment of a tower site.”
Sprint shocked many around the industry when it recently said fiscal year 2016 capital expenses could come in at around $3 billion, depending on small cell deployment progress. That amount would be about half of what the carrier typically spends per year, although it appears to be central to carrier plans to hit cost-cutting goals.
A number of small cell vendors speaking at the recent DAS and Small Cell Congress event did note small cell deployments could indeed be less expensive than traditional macro sites on a one-to-one basis, although when factoring in the hundreds of thousands of small cell sites Sprint is looking to deploy indicated the total cost issue was harder to define.
As for Sprint’s plans to turn around its finances, Robbiati cited the carrier’s need to continue reining in customer churn. Sprint reported 1.72% postpaid churn for its last fiscal quarter, which was down from the 1.84% posted the previous year, but still well above what its rival reported. More importantly, Robbiati said those churn results are for high-valued, smartphone customers, which remain a significant focus for Sprint.
“We see good progress on churn,” Robbiati said. “I do believe our churn is still too high. When we have handset churn that is – it’s better than it has been for years, yes, it’s better than it has been in 2013 and 2014, where it was much higher than now, but now we are at about above 1.5% churn. I think there’s more scope for improvement there, and we’d like to take that number down over the upcoming months and years.”
On the other end of the financial scale, Robbiati said the carrier is not focused on growing “very low” average revenue per user segments like machine-to-machine or, as it’s more commonly referred to today, the “Internet of Things” market.
Bored? Why not follow me on Twitter