RCR Wireless NewsIntelligence on all things wireless.
YOU ARE AT:CarriersSprint feels heat from T-Mobile, AT&T and Verizon as customer growth slows 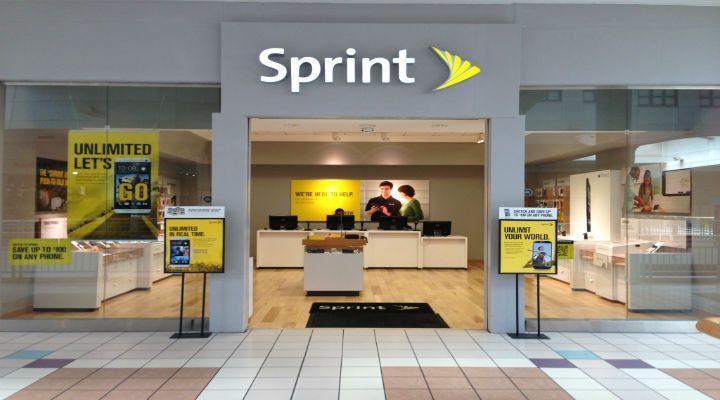 Sprint highlighted its improved liquidity position as customer growth slowed and revenues slid through the first three months of the year. Sprint said it added 447,000 total connections to its network during its fiscal fourth quarter ended March 31, which was down two-thirds year-over-year and a slight dip sequentially. The carrier said it ended the quarter with 58.8 million total wireless connections on its network.
The carrier’s growth impediment came from its direct prepaid channels, which lost 264,000 connections during the quarter. That performance was a sequential improvement, but down significantly from the 546,000 direct prepaid customers Sprint added during the same time frame last year.
Sprint’s postpaid channel also failed to impress, as that segment recorded just 56,000 net additions for the quarter, which was down from the 501,000 net additions posted in the previous quarter and 211,000 net additions posted last year. Sprint did manage to post 22,000 “phone” net additions for the quarter, which was ahead of an expected loss in the segment. Wholesale and affiliate partners were a bright spot for the carrier, posting 655,000 net connection additions for the quarter, an increase both sequentially and year-over-year.
The customer challenges were even more pronounced as larger rivals continued to show strength. AT&T Mobility reported a prepaid and “connected devices”-led 1.8 million net additions for the latest quarter; T-Mobile US reported a postpaid- and prepaid-fueled 2.2 million net additions for the quarter; while Verizon Wireless was all high-valued postpaid with its latest results. However, both AT&T Mobility and Verizon Wireless reported losses from traditional phone connections.
For the full fiscal year, Sprint recorded nearly 2.7 million net additions, which was a slight increase from the previous year. Postpaid growth surged from a loss of 212,000 customers in fiscal 2014, to a gain of more than 1.2 million in 2015; prepaid performance plummeted from a gain of 449,000 connections in 2014, to a loss of 1.3 million connections in 2015; while wholesale and affiliate net connection performance improved from 2.3 million in 2014, to more than 2.7 million in fiscal 2015. “Connected devices” were a significant driver for overall growth, with the carrier reporting more than 3 million net additions for the full year, ending its latest quarter with more than 10.3 million connected devices on its network.
Sprint’s sagging postpaid performance came despite improved customer churn numbers, which moved from 1.84% last year to 1.72% this year. Prepaid churn, in turn, highlighted the carrier’s struggles, moving from 3.84% last year to 5.65% churn in its latest quarter.
Customer spending was a similar mixed bag, with postpaid average revenue per user plunging $5.26 year-over-year to $51.68 during the latest quarter, while prepaid ARPU posted a modest 22-cent year-over-year increase to $27.72 per month.
Including its modest wireline assets, Sprint recorded both a year-over-year and sequential drop in total revenues to just under $8.1 billion for the quarter. The carrier had previously reported $8.1 billion in fiscal Q3 revenues and nearly $8.3 billion in Q4 2014 revenues. For the full year, revenues dropped more than $2 billion from $34.5 billion in 2014, to $32.2 billion in 2015.
Net losses were mixed, with the carrier reporting $554 million in losses for its latest quarter, compared with a loss of $836 million in fiscal Q3, and a $224 million loss in Q4 2014. Expenses related to the recent shut down of its WiMAX network, and severance and lease exit costs were cited for what was expected to be flat year-over-year losses.
Sprint said it managed to trim $1.3 billion in cost of services and selling, general and administrative expenses in fiscal year 2015, which is part of an overall plan to trim $2 billion in overall yearly expenses. The carrier said it expects to hit that mark exiting fiscal 2016, with one-quarter coming each from operating expenses and capital expenses.
Adjusted earnings before interest, taxes, depreciation and amortization did show overall improvement, hitting more than $2.1 billion for the quarter compared with $1.7 billion last year. Adjusted EBITDA margins also improved from 24.4% last year to 32.8% this year.
Moving forward, Sprint said it ended fiscal 2015 with $11 billion in committed liquidity, including more than $5 billion added during the last quarter through a pair of deals.
Investors seemed pleased with the carrier’s results, as its stock price (S) was trading up around 5% early Tuesday.
Bored? Why not follow me on Twitter