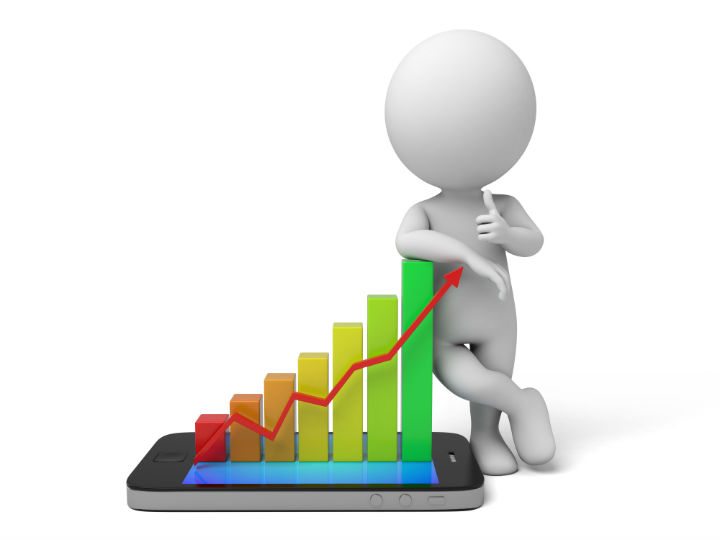 Sprint’s stock price made a late-day push Thursday following a Twitter post from CEO Marcelo Claure seeming to indicate the carrier may surprise analysts with its upcoming quarterly results.

Claure tweeted “Hmm ??” to a story that sourced Wells Fargo Securities in predicting T-Mobile US was set to score all of the industry’s postpaid smartphone growth for the first three months of the year. That Wells Fargo Securities report predicted T-Mobile US would add 960,000 postpaid net additions for Q1, including 768,000 net “handset” additions. In contrast, the report expects AT&T Mobility to post approximately 250,000 postpaid net additions dominated by tablets; Verizon Wireless to post approximately 120,000 net postpaid “phone” losses for the quarter; and Sprint to lose approximately 75,000 net postpaid phone connections. Postpaid smartphone connections are considered the most lucrative in terms of average revenue per user. Other firms expect Sprint to come in around even in terms of postpaid phone connection growth for the quarter.

Claure’s response came ahead of Sprint’s stock (S) surging in late-day trading to close up 2.3% for the day at $3.50 per share. The stock had been up as high as $3.55 during the day, before tailing off. Over the past year, Sprint’s stock is still closer to its 52-week low of $2.18 per share hit in late January following a report Sprint was looking to drastically alter its network architecture in a bold move to save money.

Sprint parent company SoftBank last year extended Claure’s contract with the carrier through May 31, 2019, with a bonus structure tied to Sprint’s stock rising to $8 per share, which the stock has not seen since mid-2014. The stock did get a slight bump in early 2015, following Claure purchasing 5 million shares at just under $5 per share, and later in the year following an investment from SoftBank.

Sprint last week announced a plan to scare up $2.2 billion in funding through the creation of a holding company that will purchase $3 billion in Sprint network equipment to use as collateral to fund the $2.2 billion loan to the carrier. Those funds are earmarked to meet $2.3 billion in debt payments due later this year.