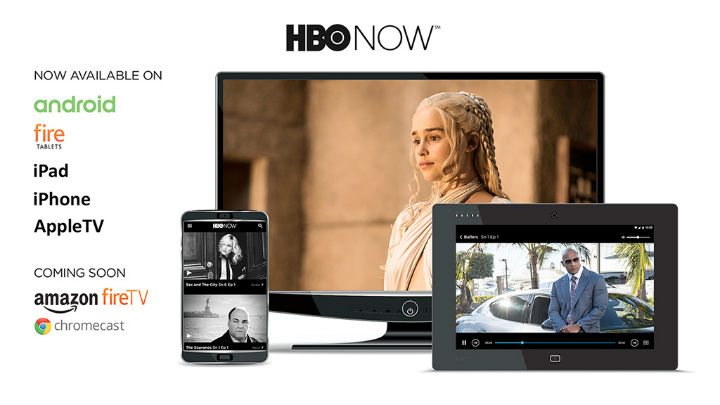 Verizon tempts upgrades, new lines of service with 3 months of free HBO Now access, though data access is not included

The deal calls for customers activating a new line of Verizon Wireless service or upgrading a line to gain access to three months of HBO Now. Customers must activate a Apple iOS or Google Android-powered smartphone on the line via the carrier’s device payment plan or a tablet with a two-year contact or device payment plan. Following the three months promo, customers will be automatically enrolled in the HBO Now monthly service at $15 per month, and will need to contact HBO to cancel the service.

Customers accessing the HBO Now service via a cellular connection will have that access deducted from their data bucket, though Verizon Wireless’ ongoing offer of two additional gigabytes of data access per month for customers selecting at least its 12 GB per month service plans can also be connected to the HBO Now offer.

The carrier launched its Go90 video streaming platform last fall, which analysts have noted to mixed reactions despite hitting more than 2 million app downloads earlier this year. Verizon management noted the platform was still in its infancy and needed more time to grow.

“There is still a lot of progression and evolution that has to happen in that platform,” said Verizon CFO Fran Shammo at an investor conference earlier this year. “This was not something that was launched last year that was going to take off immediately like a new smartphone. This is going to be a progression and evolution for us over the next two to three years. But as we bring in some of the content we’re seeing some pleasing things around since we launched the NBA, since we launched music, some of the original content that we’re getting from AwesomenessTV, we’re starting to learn of what’s pleasing to the customer, what works, what doesn’t work and we’ll continue to evolve this product through 2016.”

The carrier last week announced a deal to purchase a stake in AwesomenessTV from DreamWorks Animation, which valued the video brand at $650 million. Analyst Jennifer Fritzsche of Wells Fargo said she expects to see more small acquisitions like this one as Verizon hones its mobile video strategy.

“We believe ad-supported video service remains a top strategic focus for Verizon (if not the top focus),” said Fritzsche. “We believe this deal gives another clue where [the company] is going. We continue to expect Verizon to do tuck-in acquisitions and investments to further strengthen this initiative led by Marni Walden.”