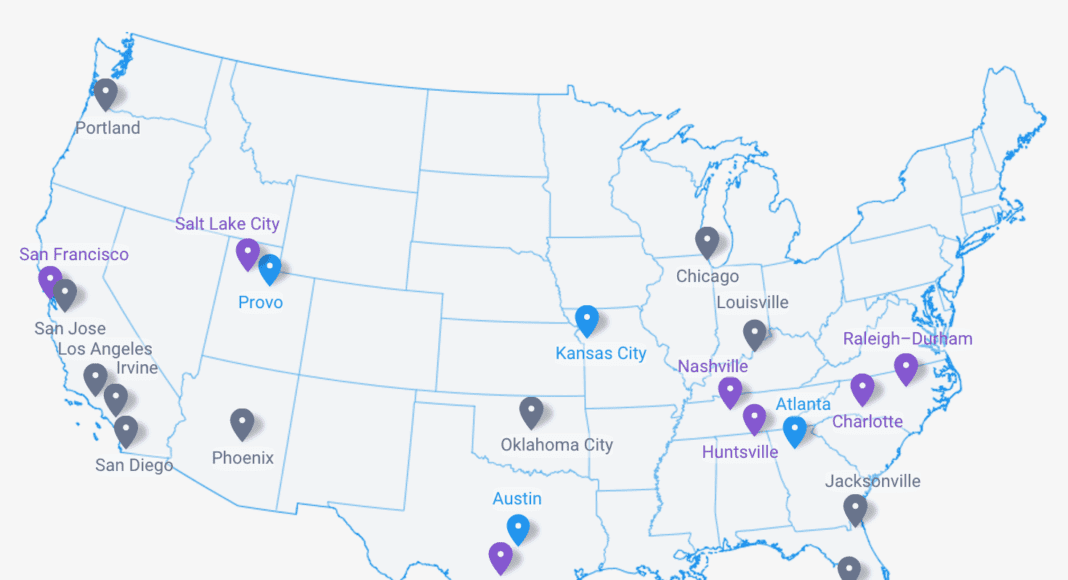 The growing trend of municipalities moving to control their own high-speed broadband destiny is exemplified in what’s happening in Huntsville, Alabama.

Local electricity, gas and water provider Huntsville Utilities is constructing a publicly-owned fiber optic network. The move attracted the attention of Google, which announced plans to offer service on top of the utility’s network. Google is in the process of building out its own gigabit fiber-to-the-home network in various markets across the country.

“We’re working with them to bring more residents access to superfast Internet and to make the city’s vision for a more connected community a reality,” Google said. “When the network is done, we’ll use part of it to bring gigabit Internet to residents and small businesses.”

“Fiber-to-the-home is the Internet infrastructure for the 21st century,” added Huntsville Mayor Tommy Battle. “It is as vital to our quality of life as roads, water, sewer and electricity. It will become the benchmark for cities vying for talent.”

Jill Szuchmacher, director of Google Fiber expansion, discussed why the tech giant partnered with Huntsville in a Feb. 22 blog post:

“Now more than ever, cities are exploring new ways to help their communities flourish with fiber. Like any infrastructure, such as roads or electric grids, a fiber network is a long-term investment that can benefit a city for decades. In 2014, Huntsville’s leaders shared their vision for a community energized by superfast speeds – and they decided to build a network that could support an electrical smart grid and other municipal needs, plus provide the best of the Web for local families, entrepreneurs, businesses and academics alike. To help achieve this goal, the city asked to hear from fiber providers who might be interested in working together. So we got in touch.”