RCR Wireless NewsIntelligence on all things wireless.
YOU ARE AT:5GAnalyst Angle: Qualcomm Snapdragon X16 increases the competitive barriers in the LTE... 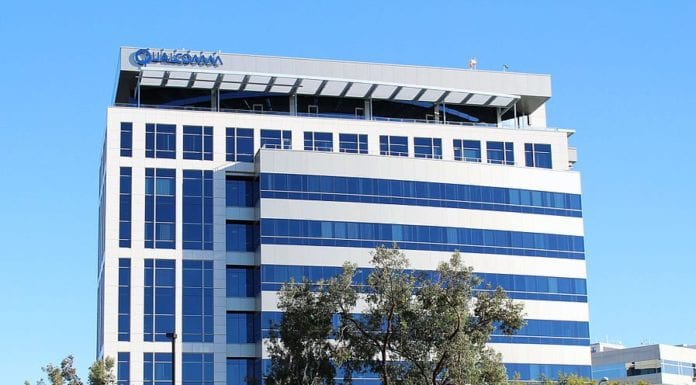 Qualcomm to remain the dominant supplier of LTE baseband chips

When LTE was new, Qualcomm combined cutting-edge multigeneration chips with LTE into integrated platforms. These competitive products allowed Qualcomm to gain a lot of market share in smartphones with LTE. ABI Research’s IC tracker indicates Qualcomm closed out 2015 with a 65% market share for total LTE baseband shipments, down from 84% in 2014. The drop is mainly associated with the fact some clients of Qualcomm, notably Samsung and Huawei, have been using their own LTE chips in some of their flagship smartphones.

With new technological enhancements on the horizon in future 3GPP releases, there still is a lot of room left for innovation in LTE. Innovation could be built across a number of areas, including carrier aggregation; the use of higher order multiple-input/multiple-output and beamforming at the terminal level; the move toward higher modulation with 256 quadrature amplitude modulation; the bridging of licensed and unlicensed spectrum; the support of as many different LTE bands as possible; the shift to LTE-Advanced Pro; and the use of better power management tools. Chipset vendors most adept at tapping into these technological advancements for LTE will be able to position themselves as leading suppliers of the next generation of LTE baseband chips.

The announcement this month of Qualcomm’s Snapdragon X16 LTE baseband processor can be best described as an engineering feat that stretches far into the areas where there is room to innovate. X16 can provide speeds of up to about 1 gigabit per second by combining several new technologies in commercial chips, including:

In theory, the combination of these technologies could provide up to about a 1 Gbps downlink data rate over 10 MIMO spatial streams of data – with four streams on each of the first and second LTE carrier. In addition, the X16 modem will be built on a 14-nanometer FinFET process, which will make the overall chip form factor relatively small and more power efficient compared to existing technologies.

To put the X16 into a wider context, Qualcomm announced the X16 alongside a new transceiver, the WTR5975. Qualcomm also leapfrogged its competition with innovation in Wi-Fi for smartphones by being the first to offer 802.11ac with MU-MIMO and WiGig.

The race for mobile broadband speed can no longer be achieved using carrier aggregation only. It must also include enhancements at the spectrum, radio and link aggregation levels as well as the use of higher modulation schemes, notably 256 QAM. Qualcomm engineered all these enhancements into a single platform, which makes the X16 unique and difficult to compete against.

A product designed to bring back former clients

The announcement of Snapdragon X16 reminds us of a number of other milestones Qualcomm achieved previously in the LTE space, notably the launch of the first Category 4 and Category 6 smartphones in the past. So far Qualcomm’s rivals in the baseband market – including MediaTek, Intel and Spreadtrum – have not managed to secure large-scale commercial deployment of their LTE Cat 6 and Cat 9 baseband chips. Although the introduction of the Snapdragon X16 will make it even more difficult for these players to compete with Qualcomm in the LTE-A and LTE-A Pro arena, Qualcomm’s biggest competitors are its own clients, who are increasingly relying on their own chips to power flagship devices.

The introduction of Snapdragon X16 could be viewed as a clear invitation by Qualcomm to captive vendors, like Samsung and Huawei, to rethink their chipset supply strategy and consider adopting more innovative and competitive chipsets than their own in-house solutions. By using Qualcomm’s LTE solutions, these OEMs could reduce the risk of losing the innovation edge against their competitors and falling behind in technical specifications.

Samsung has been known to switch vendors and to even go back and forth between its own chipsets and chipset suppliers like Qualcomm. Of course, Samsung is also pushing for more carrier aggregation and will be working on its own chipsets. Qualcomm is going far beyond carrier aggregation with the integration of a collection of technologies capable of achieving higher mobile broadband speeds and superior spectral efficiency. This should position Qualcomm as the LTE baseband supplier of choice for Samsung, especially when it comes to powering flagship smartphones and tablets.

Qualcomm continues to innovate around LTE along with all other smartphone components and it is putting itself in a highly competitive position. Not only should Qualcomm be able to wrestle share back from MediaTek and Spreadtrum in the smartphone market, but the company could get business back from Samsung and Huawei as well.