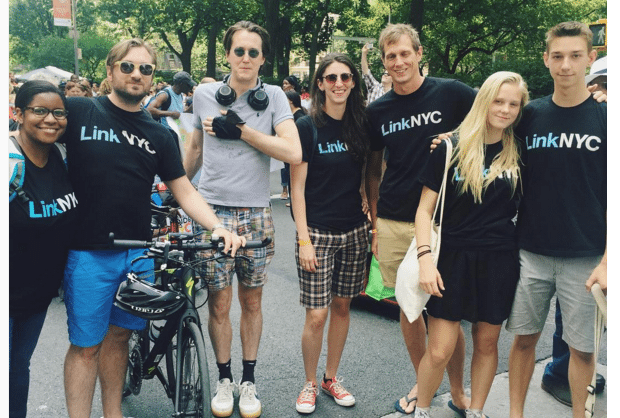 New York City has made good on its pledge to begin construction of its free public Wi-Fi network in 2015. Installation began this week on LinkNYC’s first public access points at 15th Street and 3rd Avenue, near Union Square.

LinkNYC access points promise gigabit-per-second speeds, but the bandwidth will be shared by all users who connect to the access point at any given time. Since the Wi-Fi access will be free, it’s a fair bet large numbers of New Yorkers will connect once the network is live.

The city is installing the Wi-Fi access points in kiosks at spots that previously housed public phone booths, and wants to sell advertising on the sides of the kiosks. The city has projected the revenue from advertising will exceed the cost of deploying the Wi-Fi hot spots.

In addition, New York may have the opportunity to use the kiosks to house small cells installed by wireless carriers and their contractors. The carriers and tower companies would rent the space from the city, providing another potential source of revenue.

LinkNYC is a for-profit venture of CityBridge, a consortium of four companies that signed a 12-year, $200 million contract with the city. The four CityBridge partners are Wi-Fi chipmaker Qualcomm; Titan, which is an outdoor advertising company; Comark, which is building the kiosks; and Control Group, which, as its name suggests, is overseeing the project. Each partner reportedly owns roughly 25% of the venture.

The smart kiosks are being designed by a company called Antenna Design, which has also designed hardware and screen-interfaces for various automated ticket vending machines for MTA and has designed three new fleets of subway cars.