RCR Wireless NewsIntelligence on all things wireless.
YOU ARE AT:DevicesMicrosoft's new reality 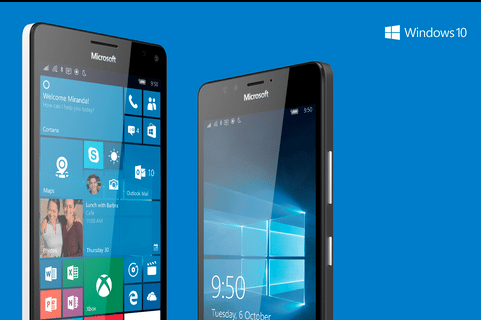 Microsoft is facing reality in the smartphone world even as it launches another high-end device. Priced at $549, the new 5.2-inch Lumia 950 is powered by Qualcomm’s top-of-the-line Snapdragon 808 processor and sports a 20-megapixel PureView camera. For Microsoft, the most important part of the new Lumia is the Windows 10 operating system.

“We are moving from a strategy to grow a standalone phone business to a strategy to grow and create a vibrant Windows ecosystem that includes our first-party device family,” Microsoft CEO Satya Nadella said in an e-mail to employees this summer. That same email told employees that roughly 7,800 jobs would be cut, with many of the cuts coming in the mobile device unit Microsoft purchased from Nokia. About 15 months after closing on the purchase, Microsoft wrote down the value of that business by $7.6 billion.

Nadella said that Microsoft will narrow its focus to three customer groups: businesses, value phone buyers, and existing Windows fans. That leaves out the consumers who comparison shop for high-end smartphones, and who generate the most revenue for carriers.

Microsoft is also stepping away from device manufacturing. After deciding to close a Nokia factory in Finland this summer, Microsoft is now reportedly planning to outsource all manufacturing at Nokia’s largest Brazilian factory to Flextronics, which is expected to make Lumia phones and Xbox consoles for Microsoft.

Microsoft’s shifting smartphone focus is an outgrowth of its break with Nokia. The Nokia name disappeared from Lumia phones after Microsoft purchased the device business. As part of that deal, Nokia agreed not to sell mobile phones under its own brand until the fourth quarter of 2016.

Meanwhile, Nokia continues to invest successfully in its wireless infrastructure business, and has agreed to acquire rival Alcatel-Lucent for more than $16 billion. But the value of its consumer brand continues to erode.